We’ve been looking forward to this day for awhile. We finally arrived back in Orewa which is the first stop where we actually knew someone and had a home to stay in. We had no idea what to expect, obviously we knew it’d be nice, but generally speaking didn’t really know what we’d find it was just this very close to Auckland (50km) target that we’d had for so long. The home has turned out to be way nicer than we could’ve imagined and feels like we have the best view in Orewa. A few views from this evening below (taken standing on the deck).

We started off the day early in Puhoi after a night spent camping across from the Puhoi pub and practically underneath a street lamp. We got started early not because of that but because we were starting with a 8.5km kayak down the Puhoi river and out to the ocean. We were in single rather than double kayaks this time and it was a ton of fun and very relaxing to slowly drift down with the tide while doing some paddling. We got to watch a lot of sheep and cows going through their morning routines.

Coming off the kayak we had about 13km left in our short day starting with a climb over a small bluff and then around another bluff over a rocky scramble. Note that this could’ve been beach walk but with the tide where it was we ended up scrambling over rocks to stay dry. 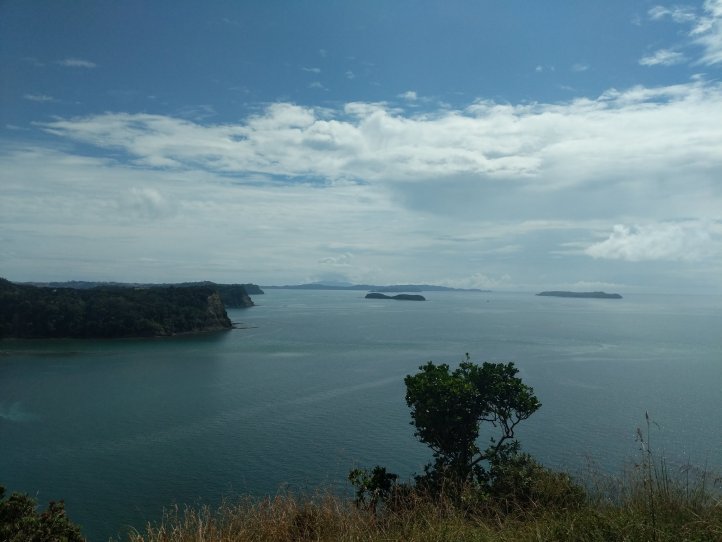 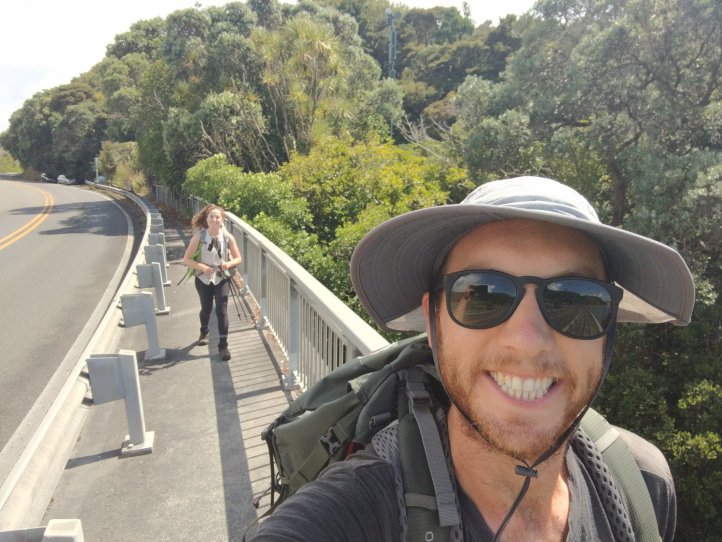 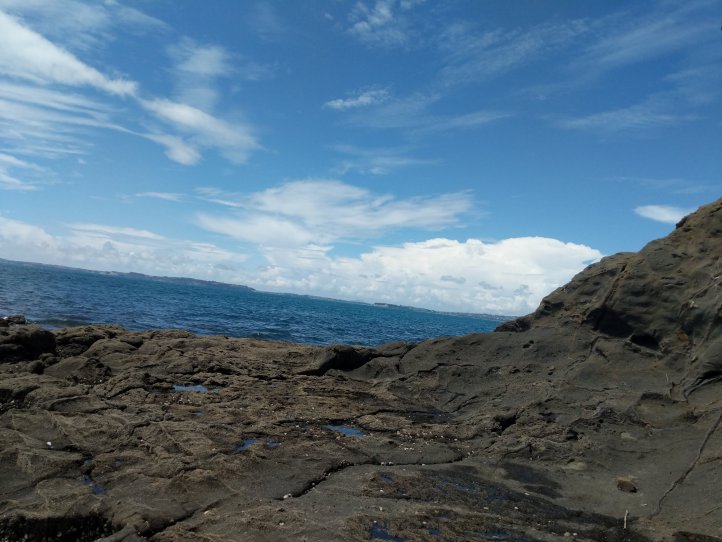 After that we popped up over another small hill and had our sites on Orewa and it’s 3km beach.

We quickly moved down this and following the official TA signs ended up not on the beach at all but on a track right next to the beach. Eventually we stopped following that and headed into town (just one block to our right) for another thick shake. Thick shakes in hand we climbed the last little bit to find our home for the night and had a great view of the Orewa river with no water. Apparently when the tide is fully out the water pretty much entirely drains out of the river. 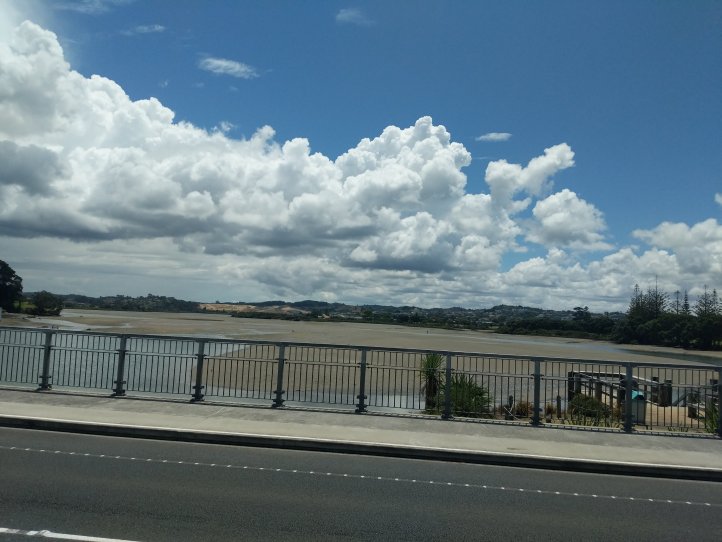 These can be contrasted to the pictures at the top where you can see the river completely full. We went back into town (without packs) for a nice dinner and to pick up more food and are headed to bed inside, with full bellies, and under the first super moon of the year (the wolf moon). It’s pretty amazing that we have such a clear night for it as we’ve heard nothing but talk of the storms and rains headed our way and covering the North island this week.