It started to rain overnight and by morning there was a steady stream of rain coming down on the tent. This meant that when we woke we quickly scrambled into the hut with all of our stuff to make breakfast. We’d left our clothes hanging inside the hut so they were at least no wetter than when we’d taken them off the day before. After breakfast we ventured back out into the rain to begin climbing up the valley through which the Wairoa river flows and to Top Wairoa hut. There had been several warnings online about the conditions of the trail (mainly that parts of it had been washed away), but we didn’t find anything to challenging. There were certainly some sketchy and slippery parts but for the most part it was pretty straightforward. We crossed the river 8 times on the way up and each time you could really feel how much stronger the river was and how easy it would be to get washed away. Thankfully it was strong but not high so we didn’t have to many problems on this part. 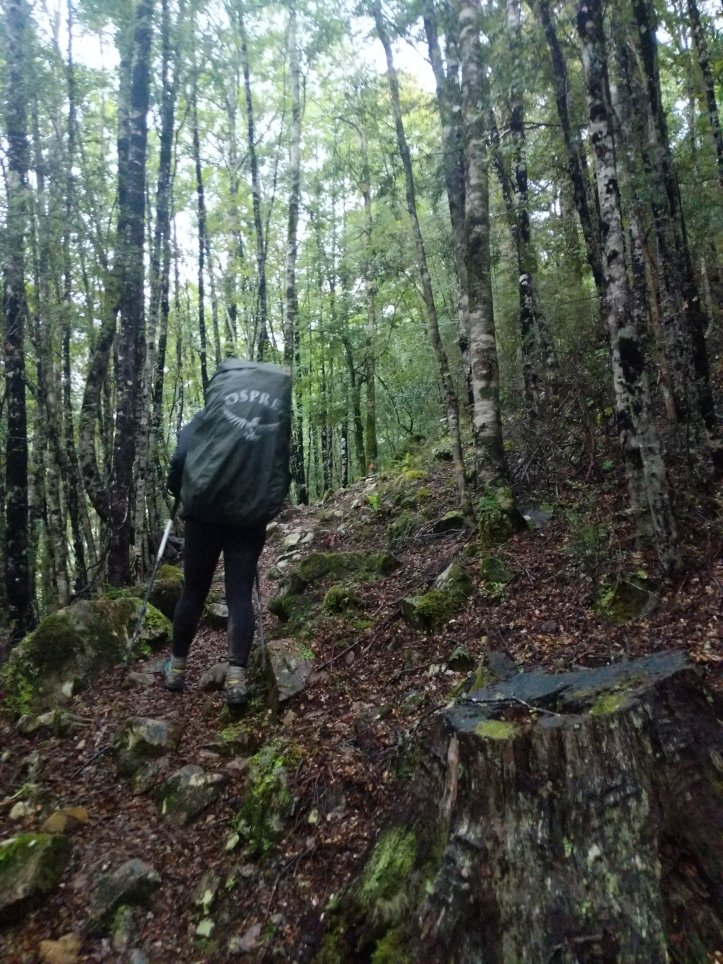 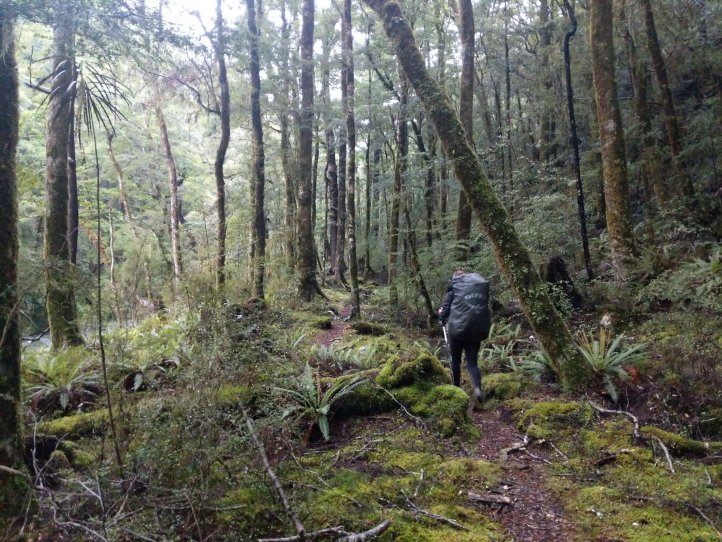 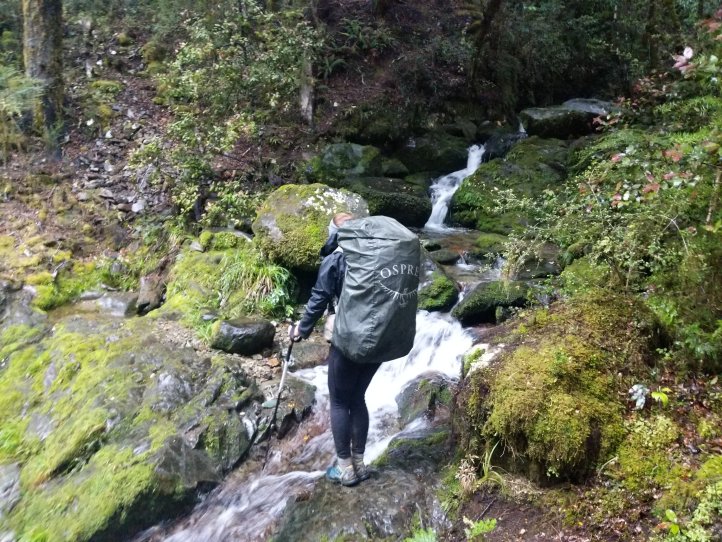 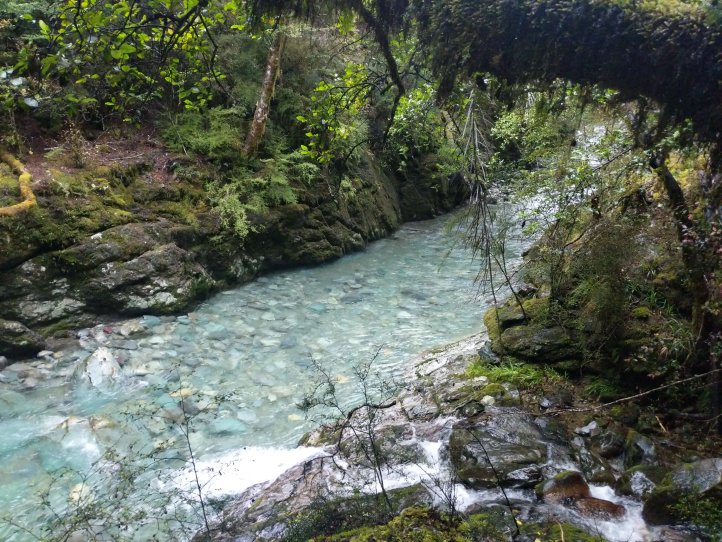 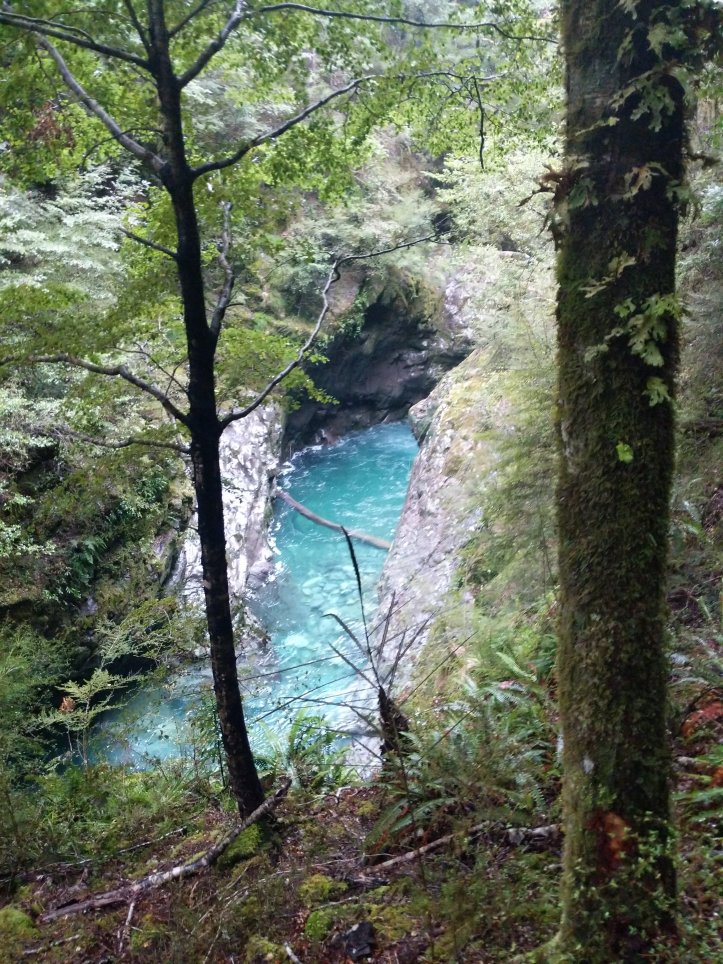 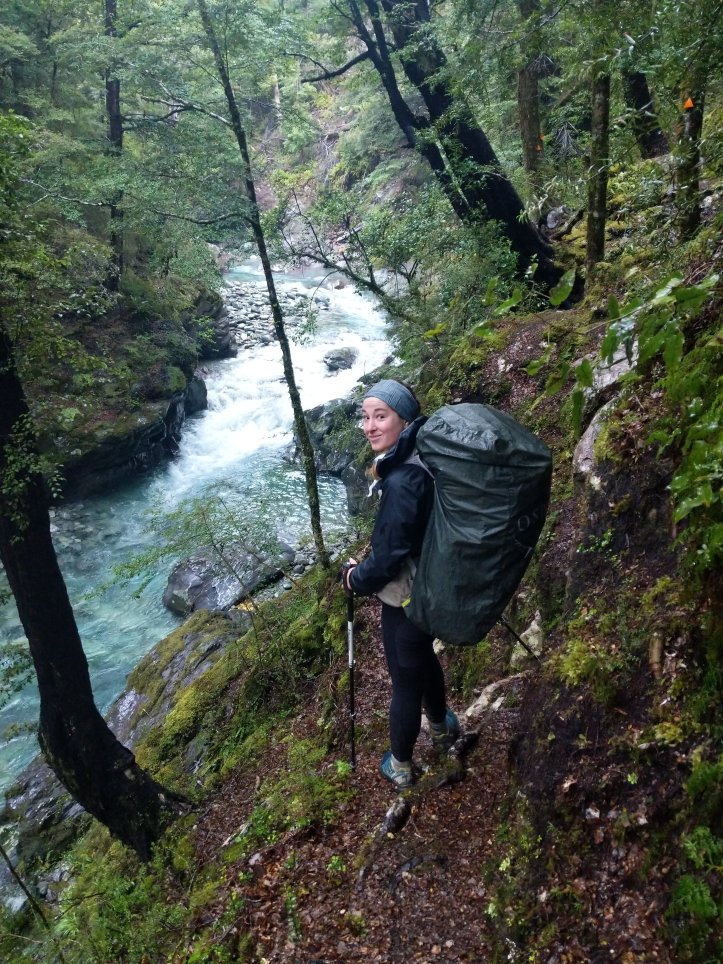 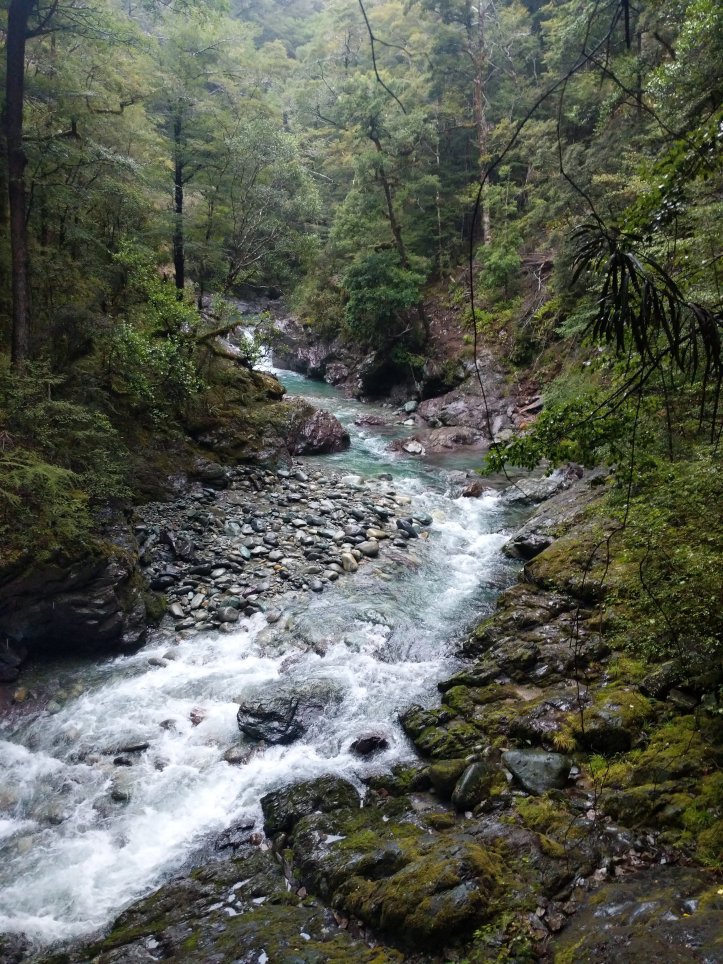 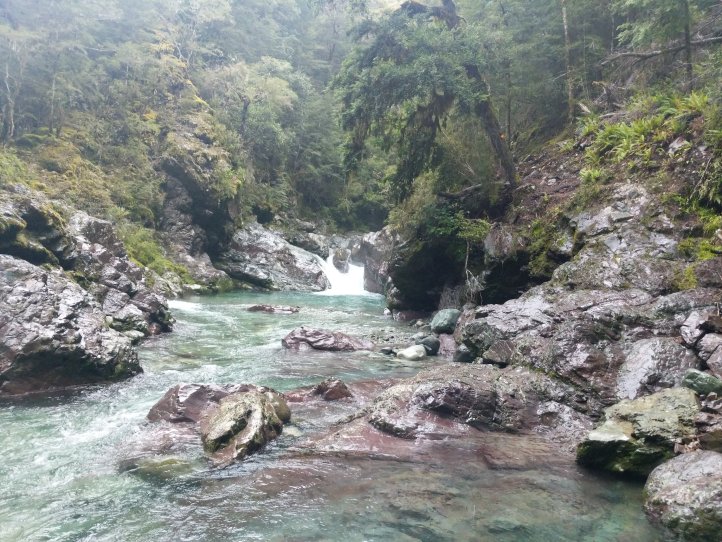 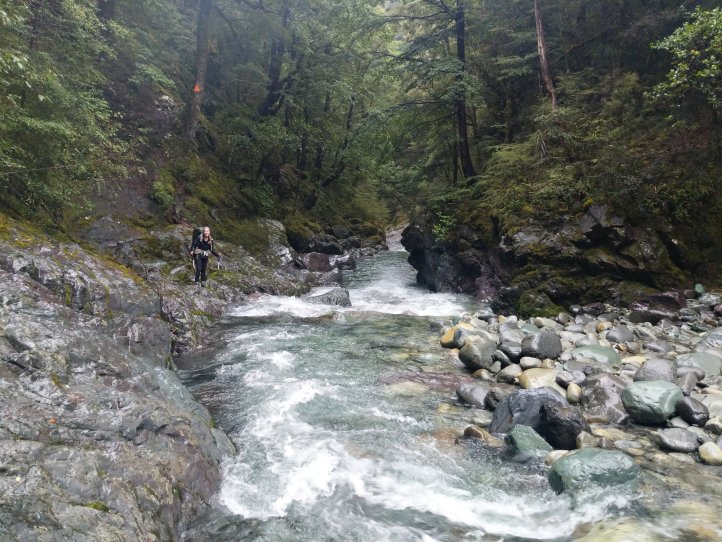 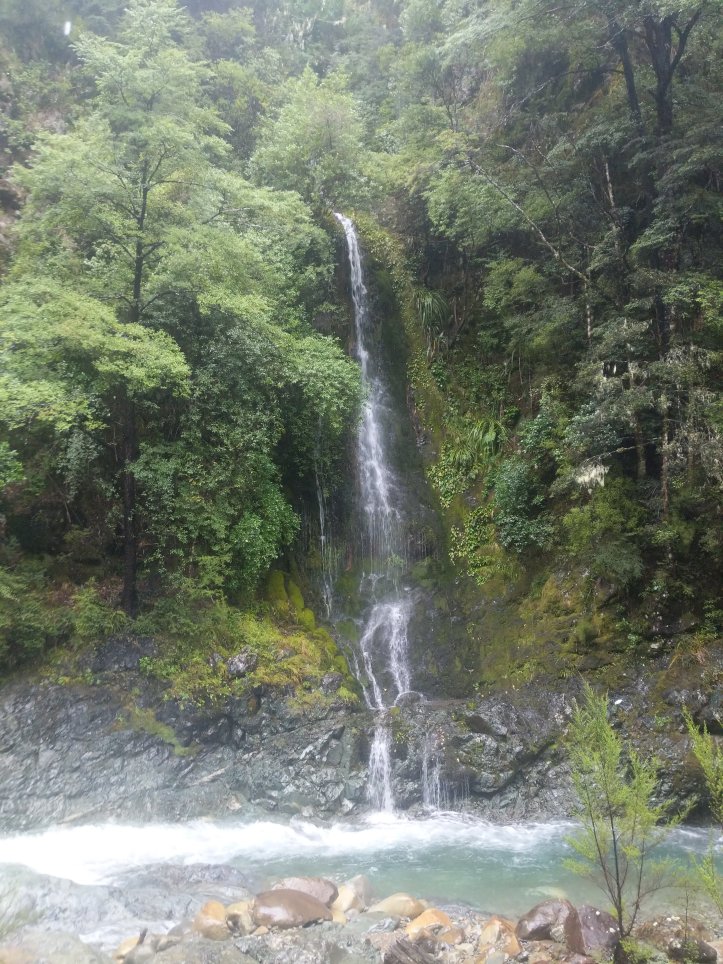 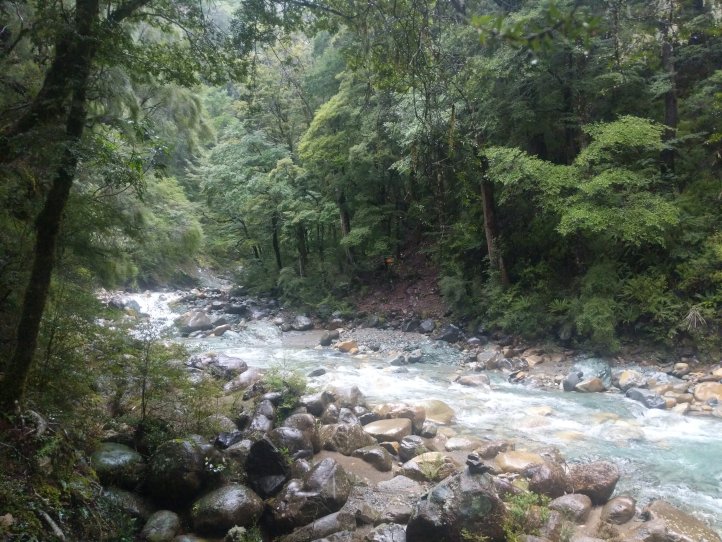 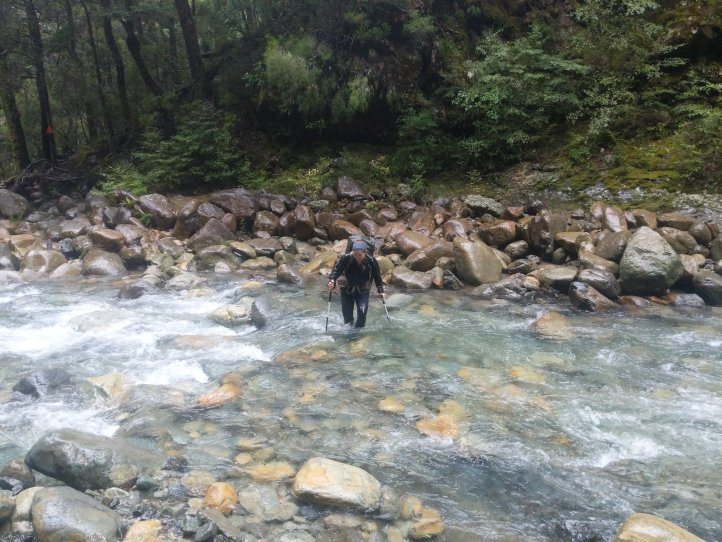 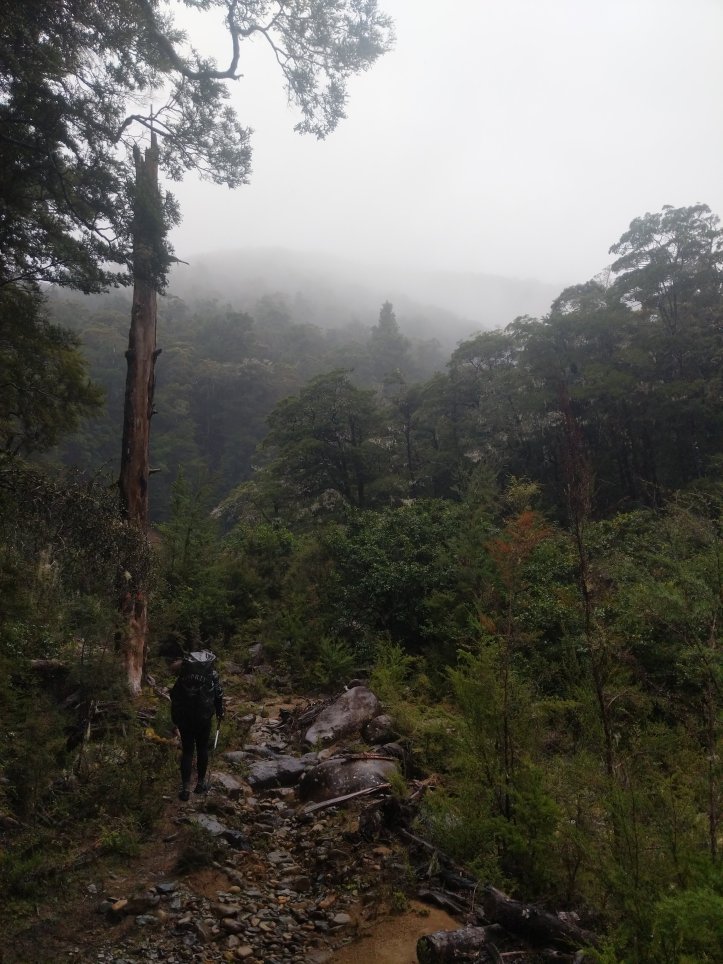 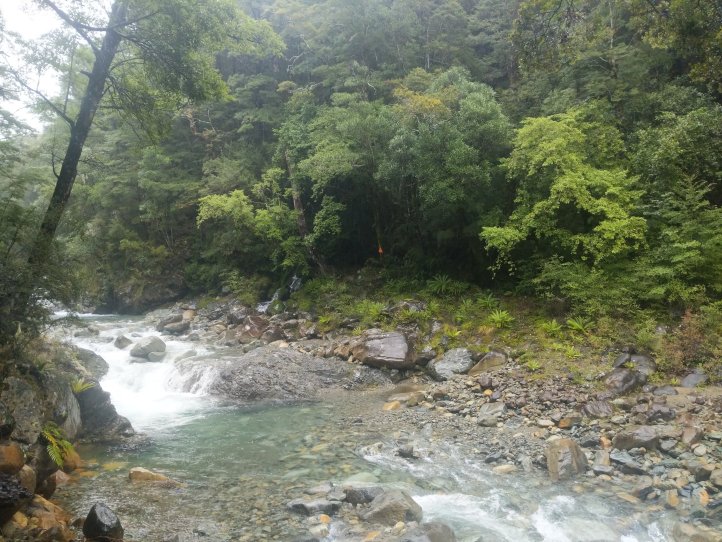 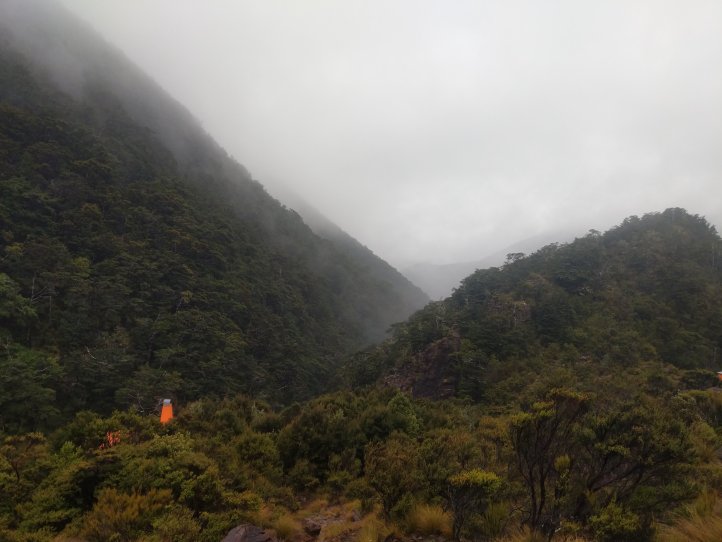 The river was pretty stunningly beautiful and it was a shame that we couldn’t see anything beyond that as the whole valley would’ve been incredible to see. We stopped for a freezing cold lunch at the Top Wairoa hut (you can see the top of the orange chimney in the last photo) and then continued on. By now we were pretty soaked through and cold so there was very little stopping to break for any reason. We continued to climb steeply up out of the valley over very rough and slow bouldering terrain and eventually hit a high point of a saddle. 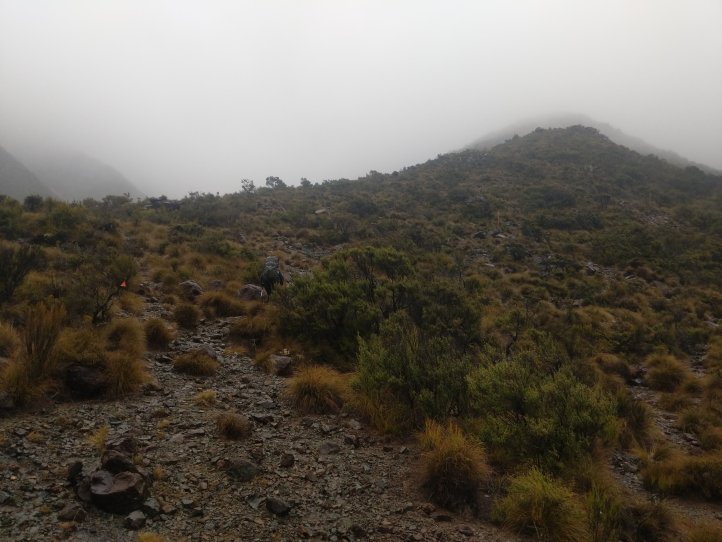 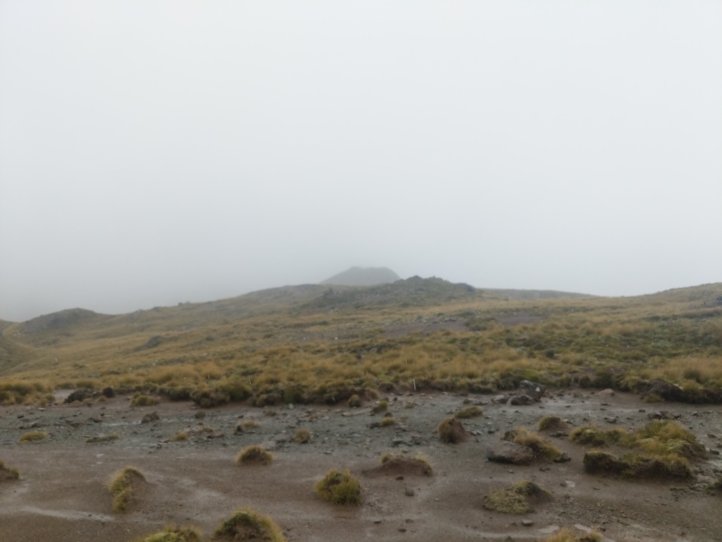 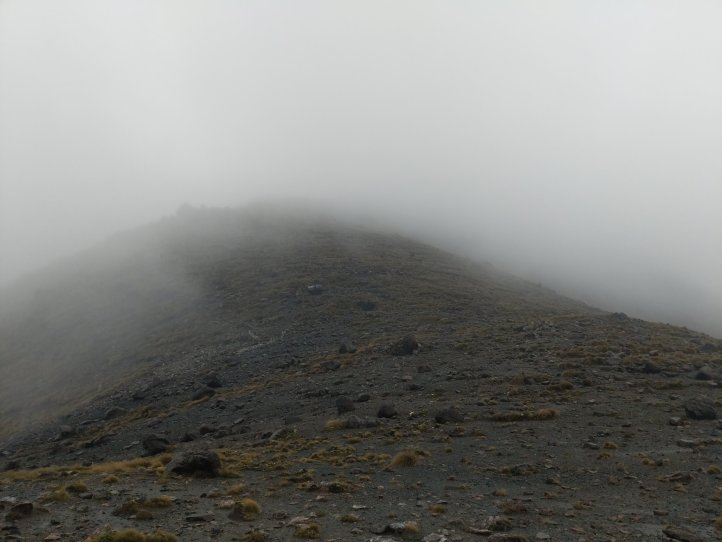 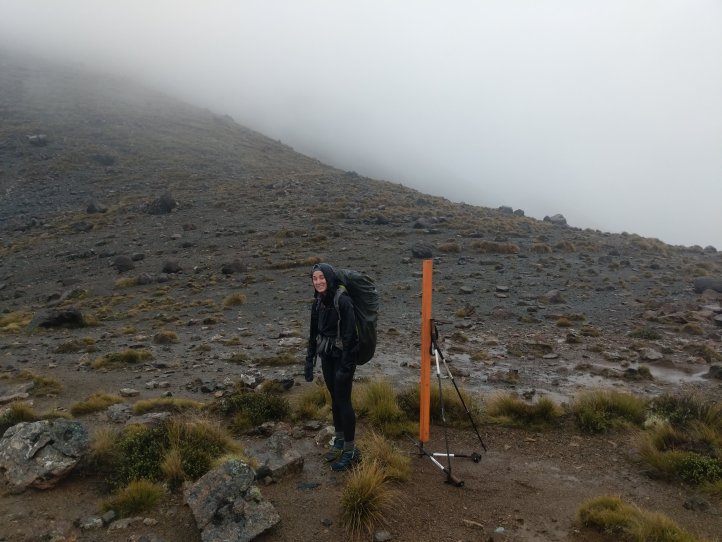 I was able to catch some signal at the top here and did a quick weather check. Apparently tomorrow will be clearer with potential for sun, so this definitely lifted our spirits. We turned at the saddle and ascended another high point at about 1,600m. The ascent was reasonably nice but the trail markers were so far apart that we often had to guess where we were going. Right about when we hit the top of the high point we passed a NoBo (North Bounder, we’re SoBo’s in comparison). He looked pretty freezing and we briefly exchanged hut info and moved on. A little further on we passed two more NoBo’s who had poncho’s for rain jackets and looked close hypothermic. We didn’t stop and chat to these two. 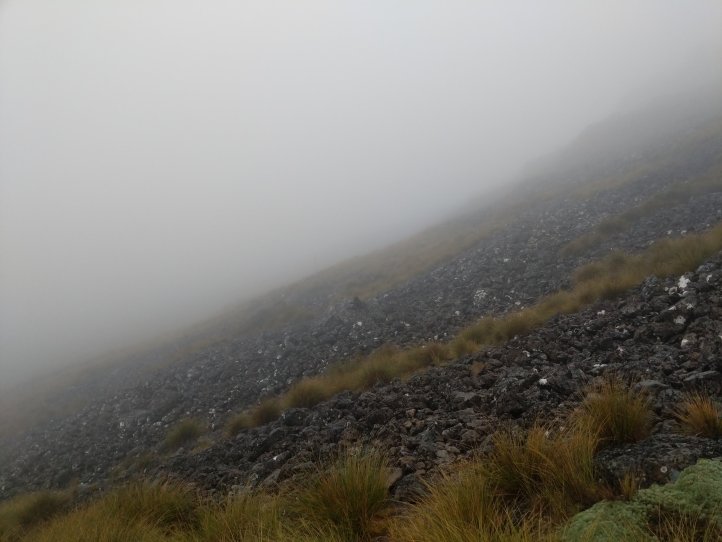 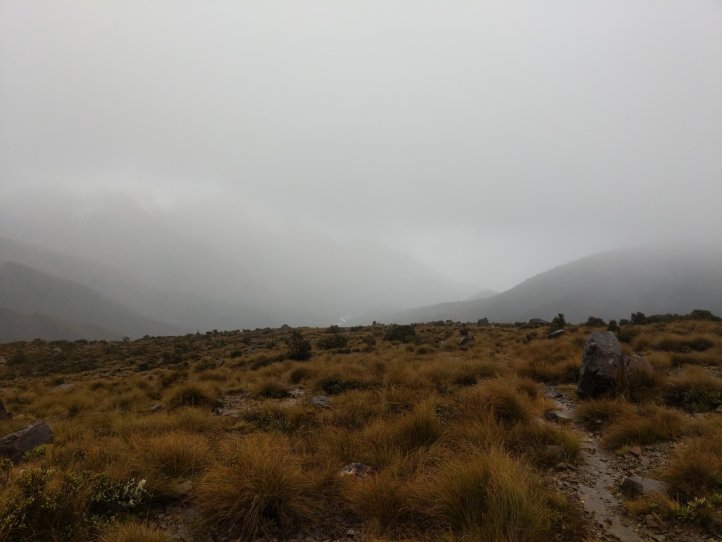 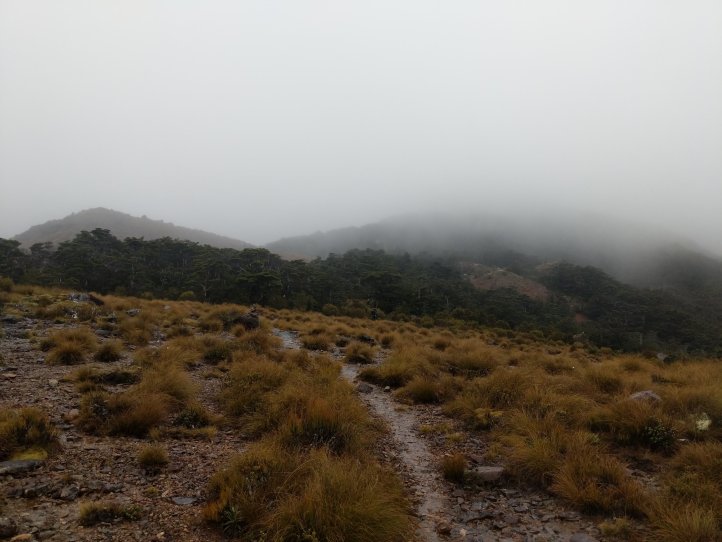 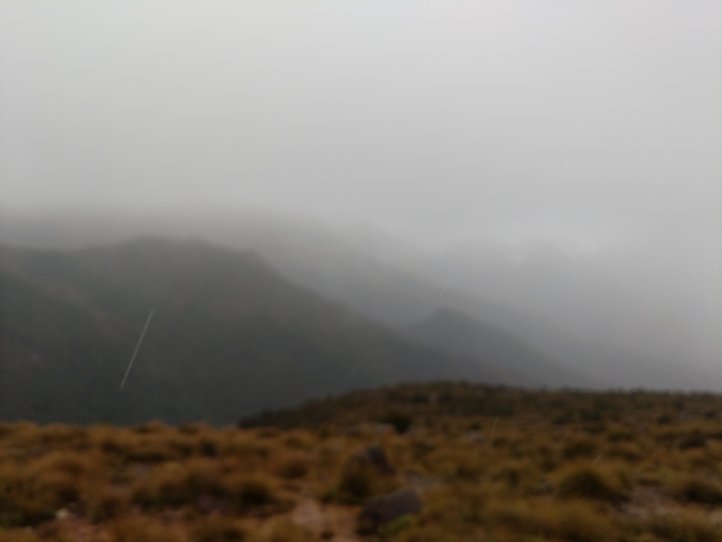 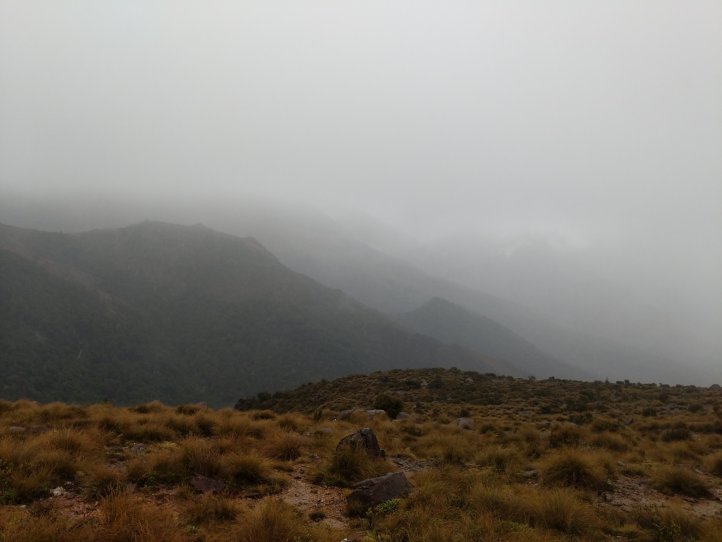 The trail continued down into a valley and we had a great view in front of us of the river winding it’s way down. We didn’t know it at the time but we could actually see the hut from our vantage point. The trail down was fairly straightforward with the exception that we were both slipping and sliding all over the place on this blue mud that looked like slate but was in fact very wet mud. We had two major stream crossings before the hut and these were pretty intense as the river was up. For the final part Heather linked her arm around my back so she didn’t get washed away. We made it across safely and climbed another 50m to the hut. The previous hut had been washed away in a flash flood so there were no complaints about the climb. The hut is a really nice hut and we have it to ourselves for now. Unfortunately there was only enough wood for a brief fire but we’re lower in the valley so not as cold tonight anyway.