We passed the 2,000km mark today. Approximately 2/3rds of the way through the trail now. It felt good until we thought about the 1,000km marker and how that already felt like half way down the North island. 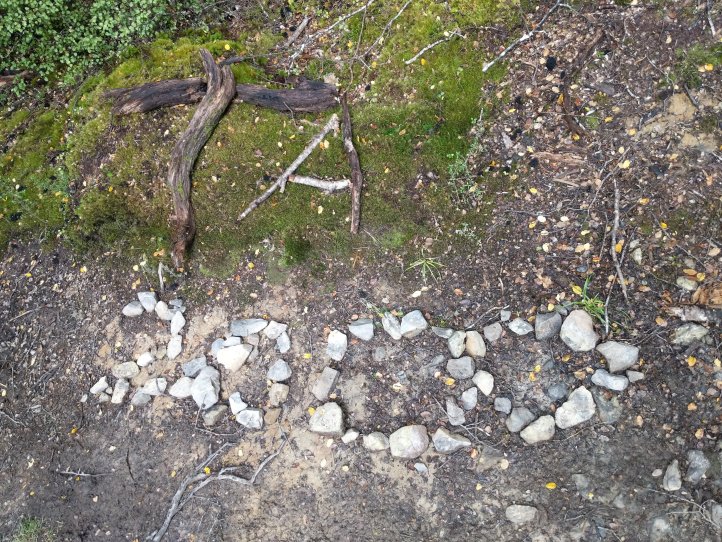 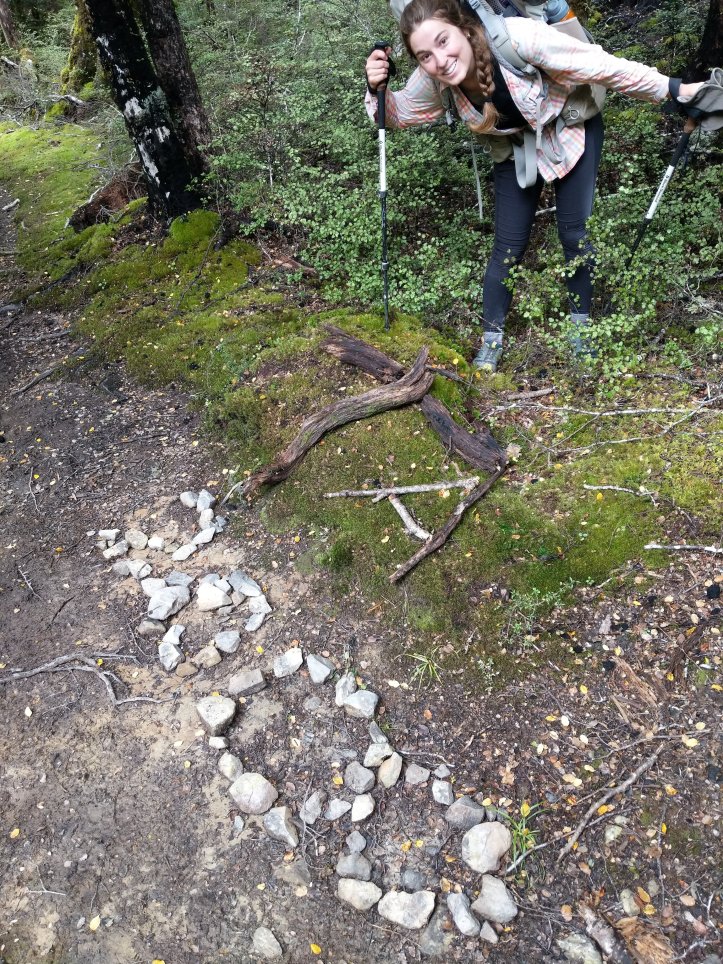 We started off early coming out of the hostel and getting to the lake as we knew we had a big day ahead of us. We were hoping to make it about 35km to Upper Travers Hut at the base of the first pass. The first 5km was extremely easy along side the lake with several nature loop walks for those not looking to venture to far into the wild. The lake was very beautiful with a great backdrop of mountains but we couldn’t stop for long given the swarms of sand flies that would attack us whenever we paused. 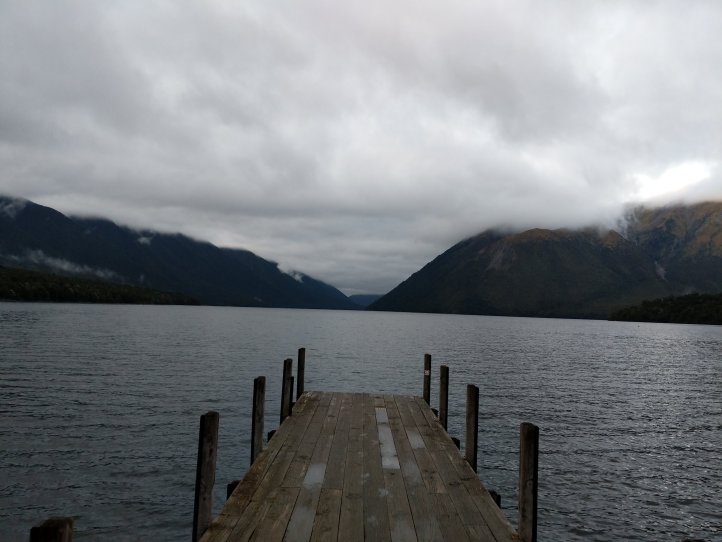 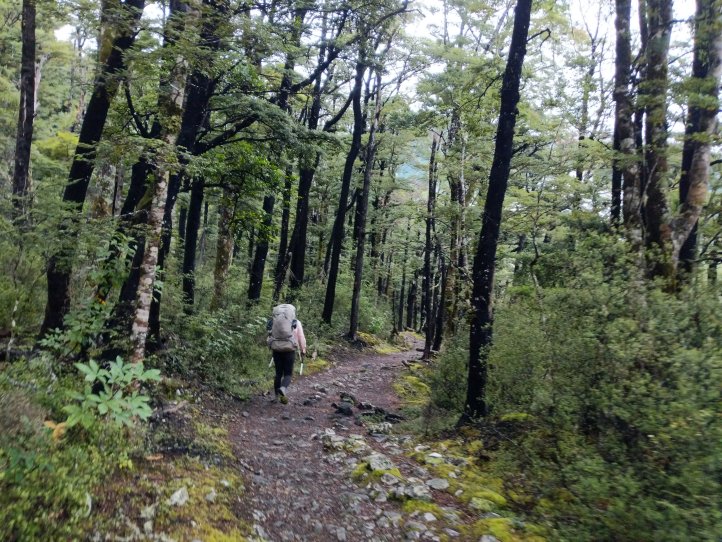 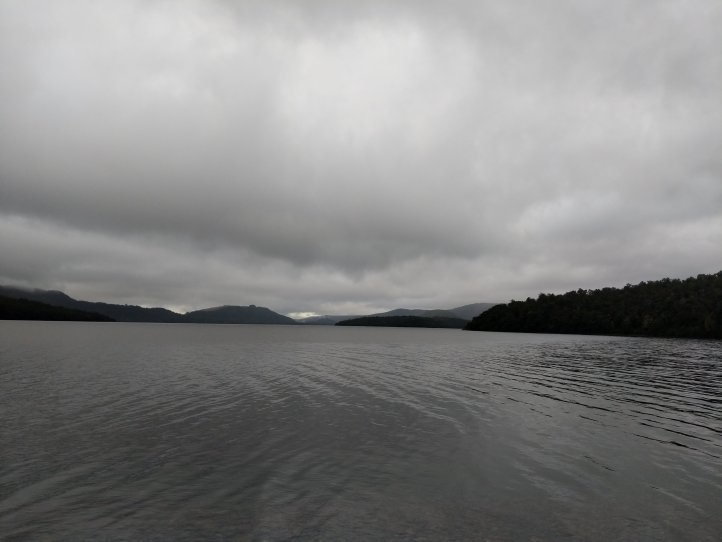 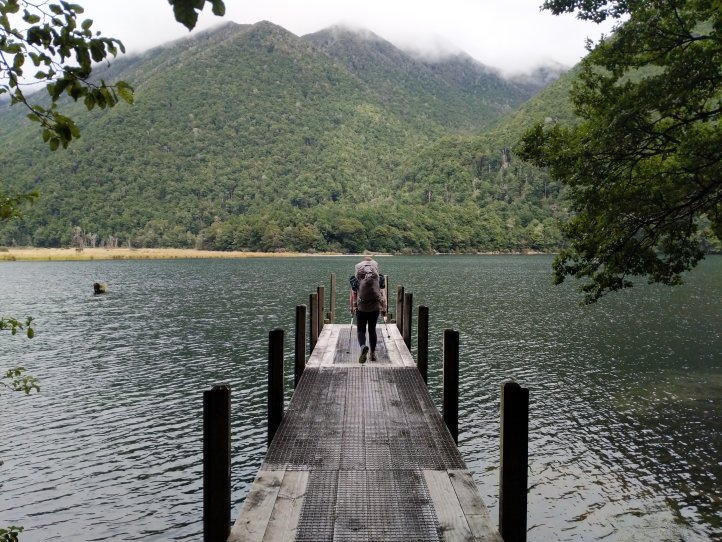 The second half to the first hut was a little bit rougher with some sections of mud and rock hoping. We stopped quickly at the hut and had a snack and found out from the trail book that Matt and Sarah, two kiwis we’d camped next to at Miller’s Ark in the Northland, were back on the trail and not far ahead. We continued on the trail excited about re-meeting up with them. The trail was still in decent condition but more rocky and muddy which slowed us down a bit. Our packs are also feeling super heavy with all the food we have, we have a 9 day carry for what we’re anticipating will be 5 days on the trail. 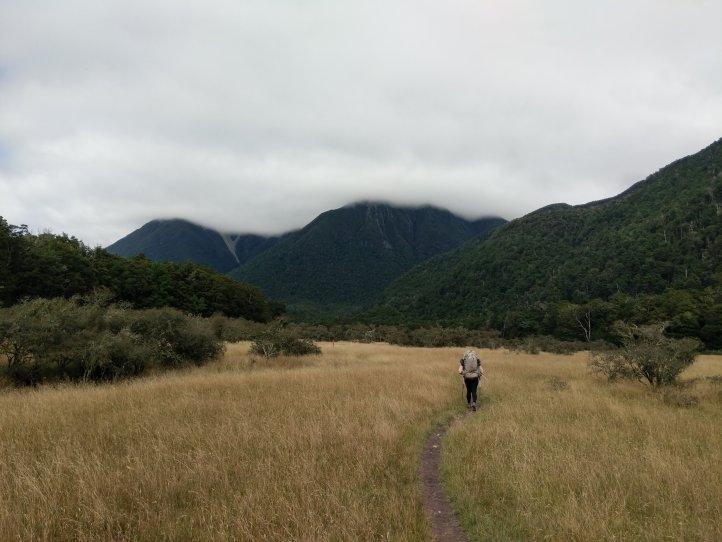 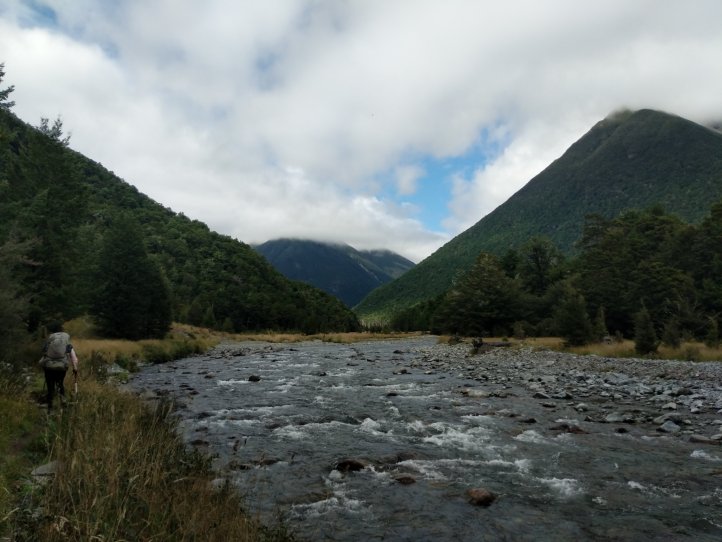 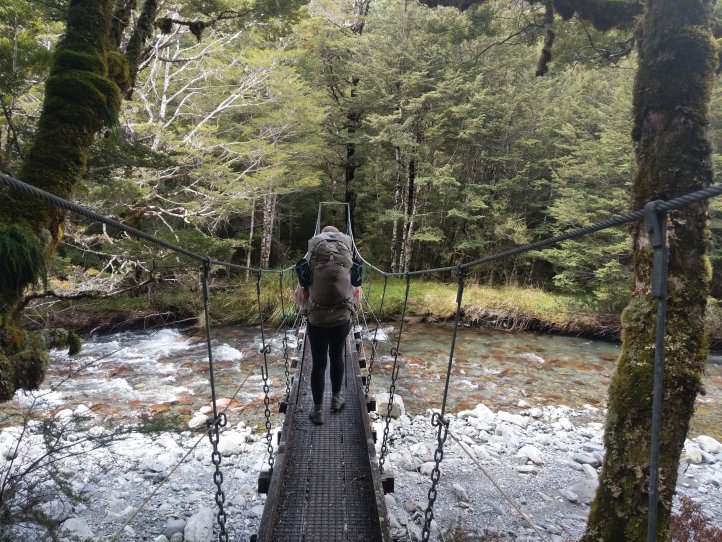 Coming into the second hut, John Tait Hut, we saw two other people already bundled up in a sleeping bag in the bunks. We sat down and ate our snacks and looked through the Hut Book. On looking in the book, we saw Matt and Sarah were signed in as staying tonight. We continued to munch on our snack bars while tentatively looking over at the bundle. Eventually Heather yelled across to ask if it was Matt and Sarah over there and it was. They popped up and we caught up quickly. Turns out Matt broke his toe and so they had to take a break from the trail for awhile and had just started up again yesterday. They were obviously easing back into things so we continued on to the next hut leaving them behind. 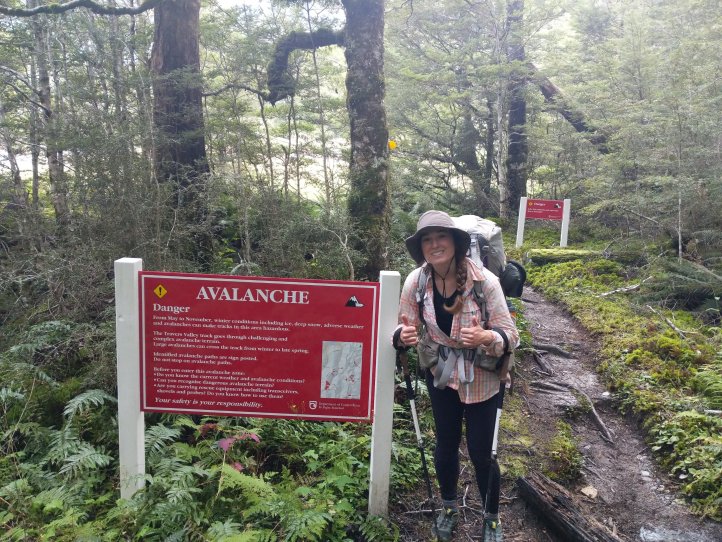 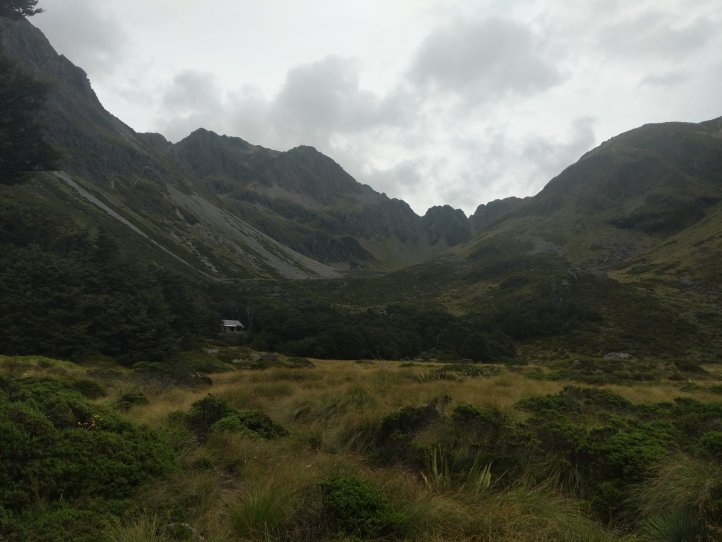 The track up was similar to what we’d just done but a little steeper. We were pretty tired by now as well (always groggy after our zero day too). The hut is a nice big 20 person thing right at the base of tomorrow’s climb up to the saddle, so we’ll be able to start that right away in the morning. A big storm has rolled in for the night so we’re huddled up inside with lightning, thunder, and rain raging outside. Hopefully this clears by tomorrow morning.