Day 92 – Walking in a Winter Wonderland

The hut was freezing overnight. It didn’t offer a lot insulation and the wind battered it pretty hard. We did both sleep well and had no trouble with any animals which was very helpful. We had breakfast and packed up in the dark in the morning as the clouds were still in so we got no light from the sun. It was just about light enough to hike when we set out. The first part of today was just 6km further upstream to another hut, right before the start of the climb. 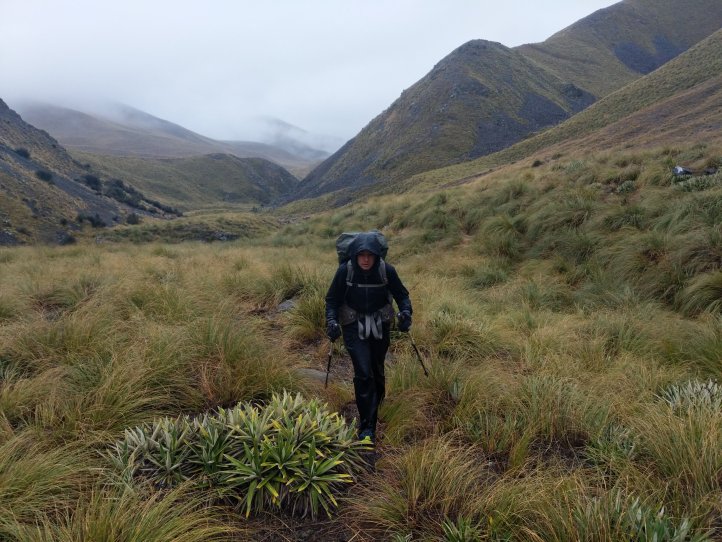 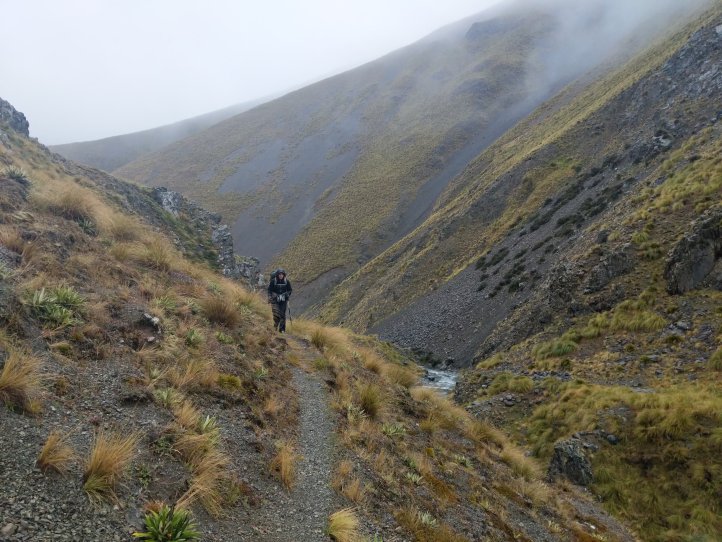 It was an enjoyable little section but was pretty chilly out and very wet. About halfway along the rain turned to snow, nothing was settling yet but we were now hiking in snow. We reached the hut and paused for a quick snack. During our quick snack break the clouds actually cleared and we saw blue starting to breakthrough so were hopeful for potential views from the top. 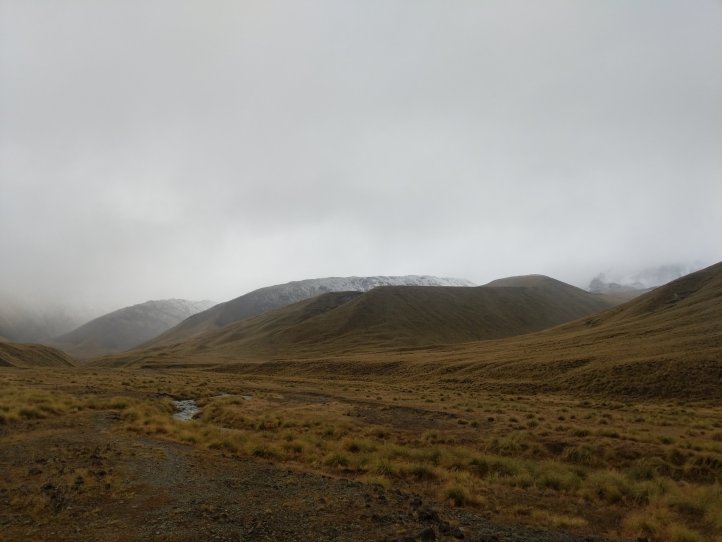 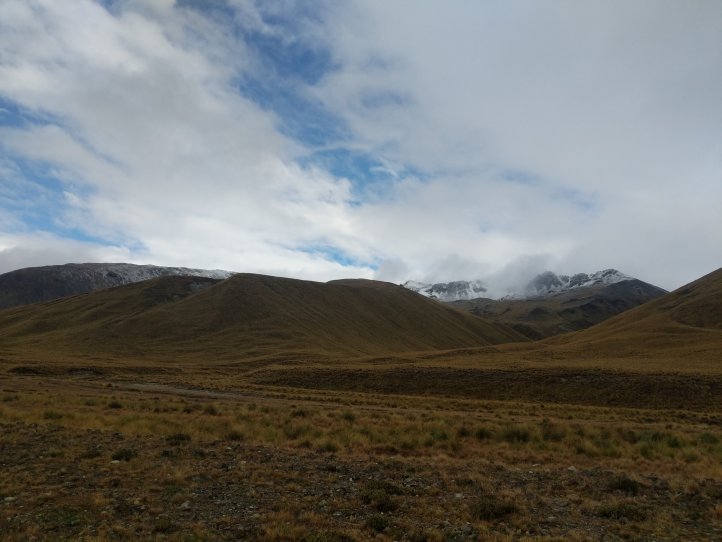 The climb started out inocently enough. We followed a stream up towards what looked like a smaller saddle. The cloud coverage was back on us but we were in a valley so just hoped that we’d climb into it. The views below the clouds were great and it was a nice climb with really just a few steep sections. We could see a lot of snow covered peaks so were starting to think we might hit some snow but were still unsure. 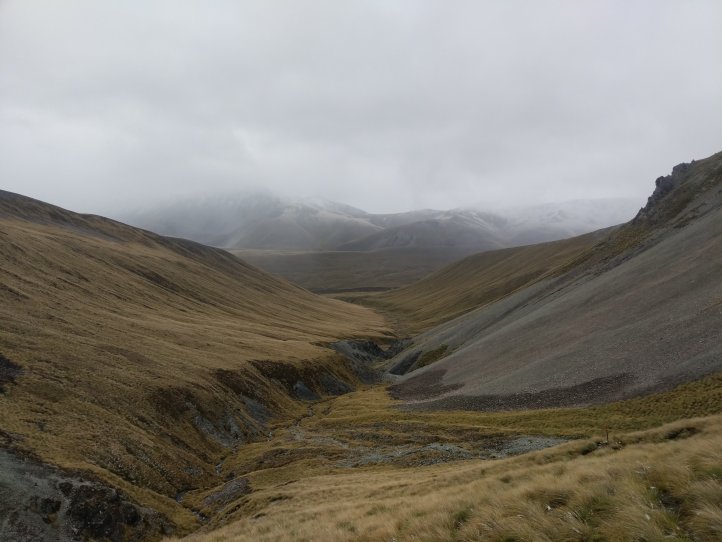 Then we popped over the top of the first saddle and saw lots of snow. It quickly turned into a winter wonderland and we found ourselves hiking steadily into a blizzard. 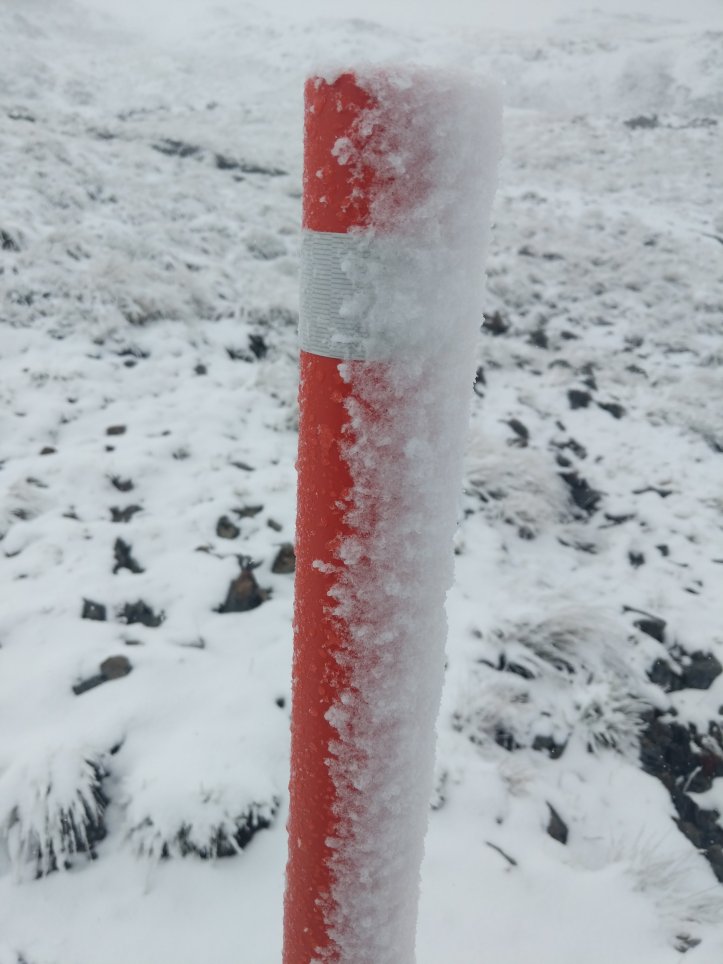 The remainder of the climb wasn’t too bad and the snow probably made it easier underfoot as it was quite thick and covering the rocks well. We found out we were also sheltered on this side of the saddle from the full extent of the blizzard. We hit Stag Saddle after about two hours from the hut. This is I’m the highest point we’ll hit on the trail so a momentus occasion for us. No views unfortunately but we were at least able to find the sign.

From there we started to get really cold. At this point we were walking straight into the blizzard with horizontal snow and wind blinding us. There was no trail to speak of and it was really hard to just find the orange markers on the way down. It was about 9km to the hut that we’d planned to have lunch at and we didn’t get to it until near 4pm. Both freezing cold and in need of rest. There was no need to even mention that we wouldn’t be going beyond it. It’s a tiny little six person hut and when we arrived there were already 3 people here. 2 girls have been stuck for a few days waiting to go over the saddle and 1 guy arrived yesterday and was waiting out today. They were fairly amazed to see two people arrive from over the top of the saddle. Thankfully they already had a fire going.