We woke early and headed to a fabulous little cafe called the Sandfly Cafe for breakfast. As with all New Zealand cafes it was delicious. It was absolutely freezing out this morning though so we were glad to have spent the night inside but concerned about the upcoming night. We ended up leaving town a little later than we wanted as we needed to wait on the pharmacy to open to get Heather some drugs for a potential cold. 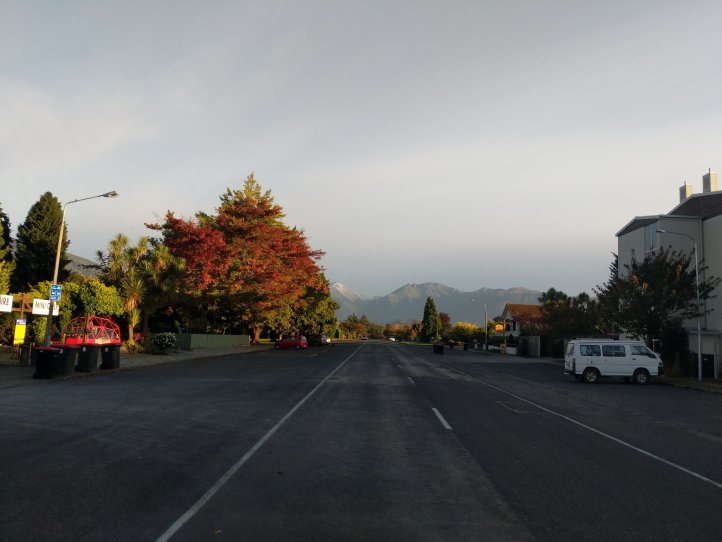 We hitched out of Te Anau without much trouble and were back on the highway where we left the trail in another 30 minutes. It had been a clear day up till now but we knew we were heading towards rain.

We turned onto gravel track and walked the 6km to Lower Princhester hut. 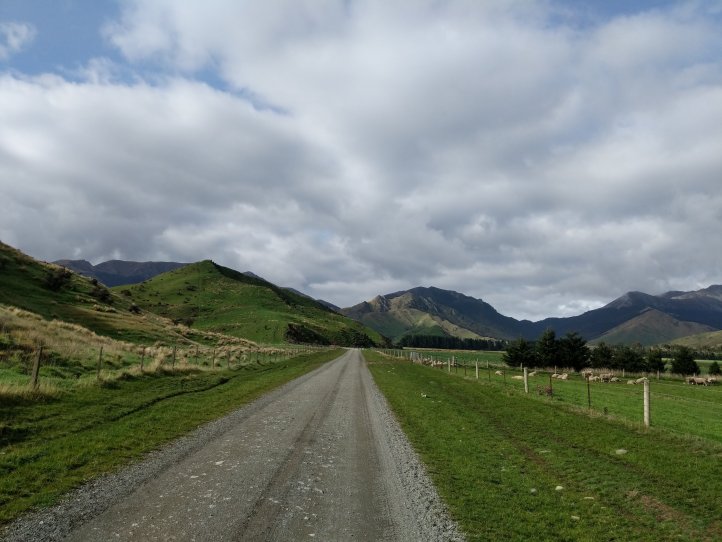 Once at Lower Princhester hut we took a quick snack break and quickly headed off up into the bush. We weren’t sure how the going would be but quickly realized we’d over estimated how far we thought we’d get today. The bush was tough and we found we were debating comparisons with the Northern forests quite quickly. We were climbing up to a saddle so some of the steep was justified but there was a lot of siddling and a lot of small up and down parts. It was quite tough going and the drizzle that had started didn’t help. 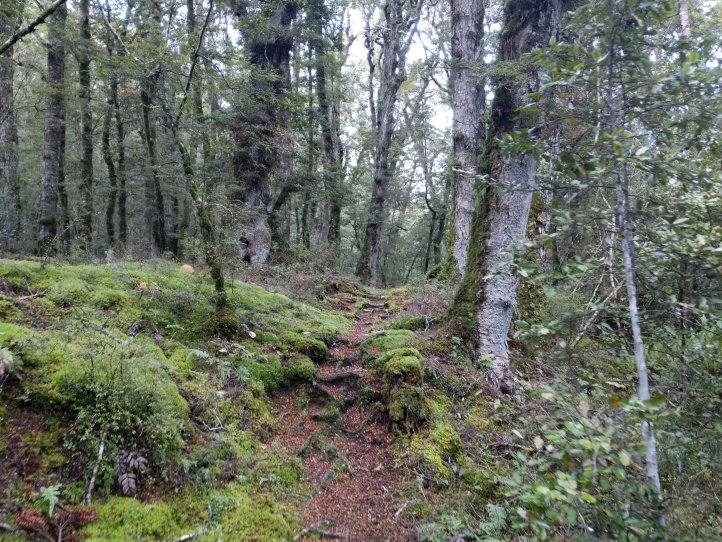 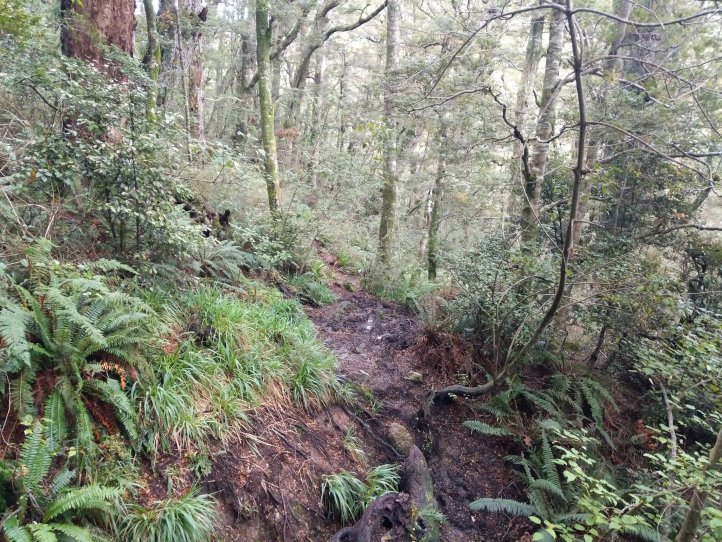 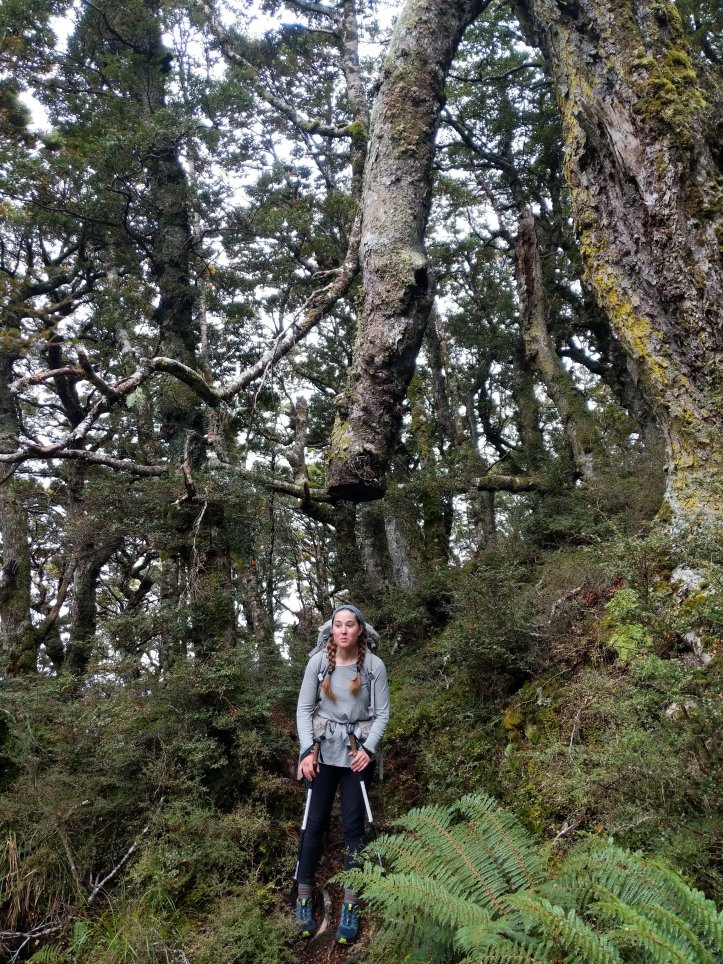 We stopped for lunch at the top and after getting pretty cold sitting there set off again down the other side. The descent was much muddier and we encountered a lot of mud patches similar to the Herekino and Ratea. Eventually we hit the bottom and broke out into tussock country. 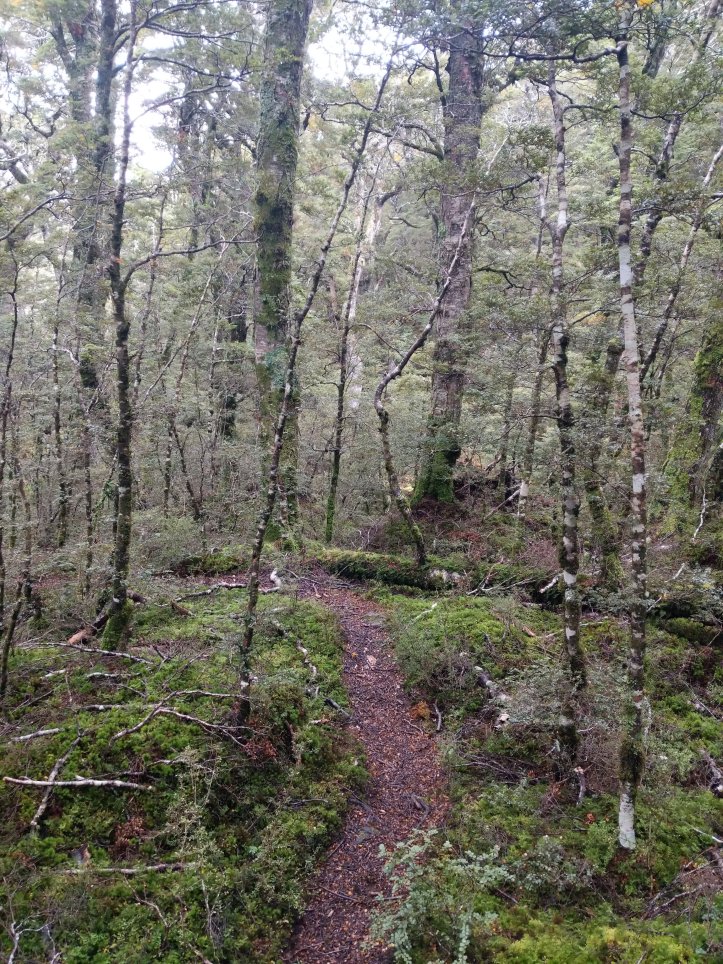 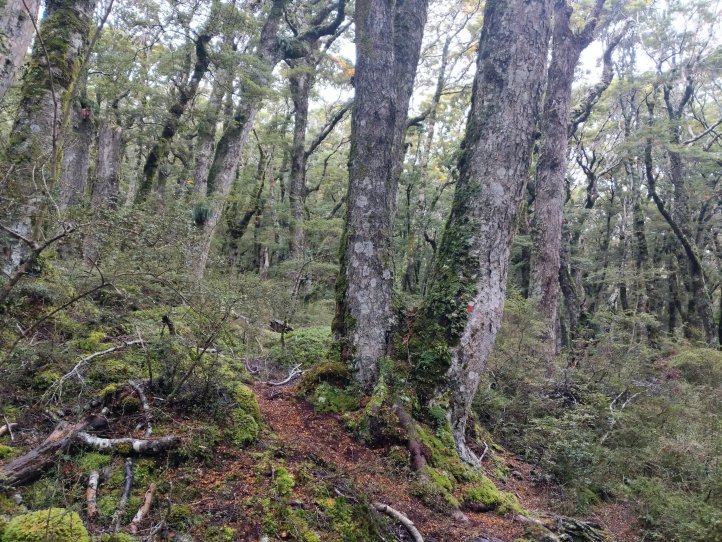 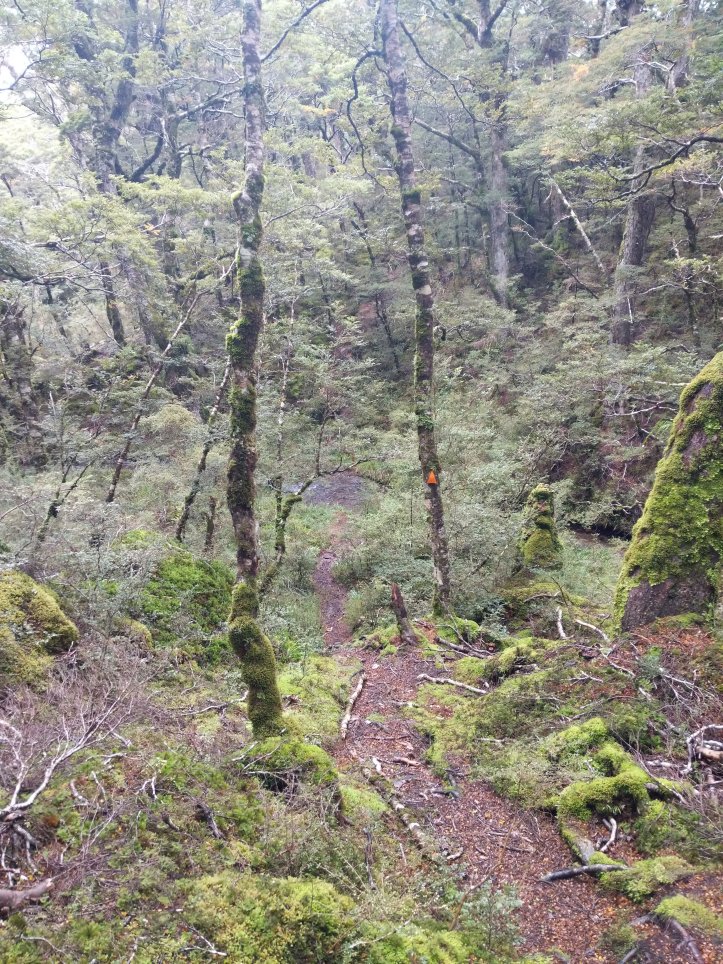 We walked a short way through some tussocks to a trail intersection where we met a hunter traveling the other way. He had caught a stag and was hiking the dismantled carcass out. He seemed in a pretty good mood. 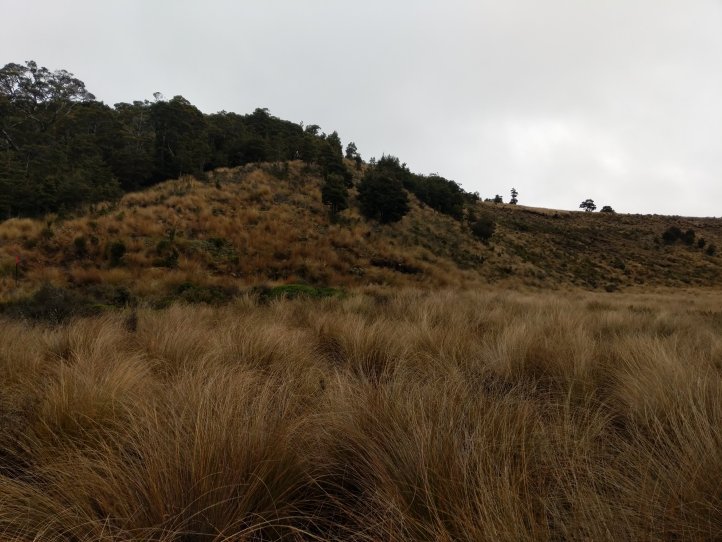 From here we’d expected the trail to be much quicker as it was in and out of tussock and forest but the going was quite slow. The forest parts were great with very easy and generally flat track and minimal amounts of bog but the tussock turned out to be the Herekino of tussocks. They were long, hard to navigate, and very boggy. We had a tough time slogging through them. 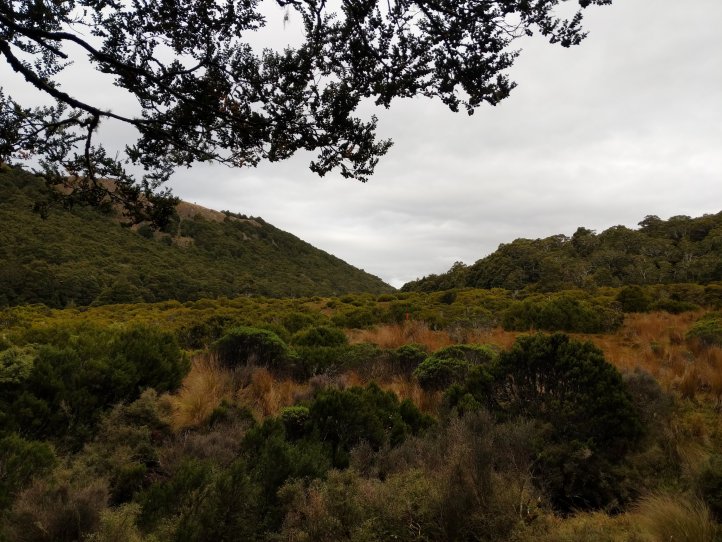 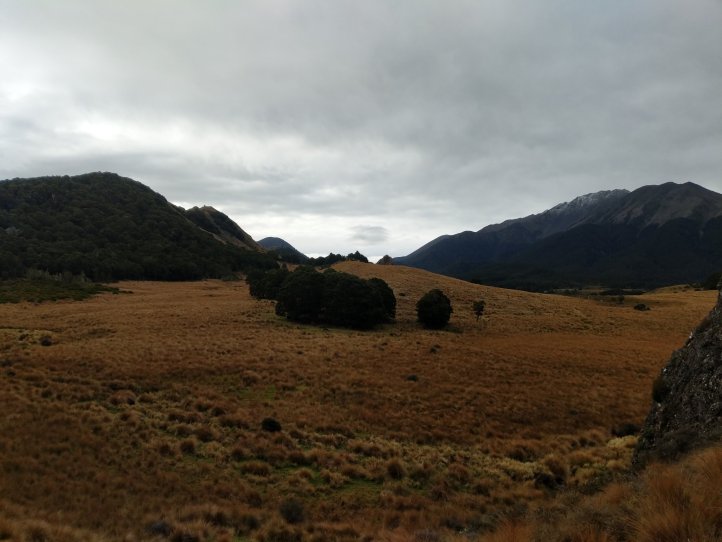 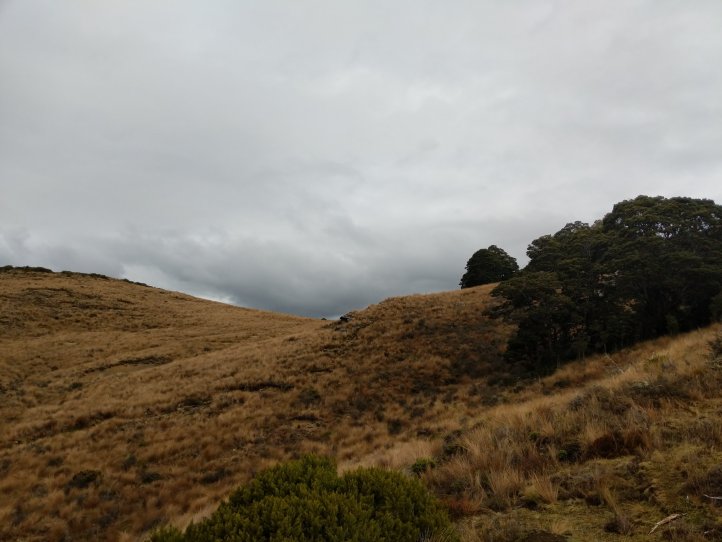 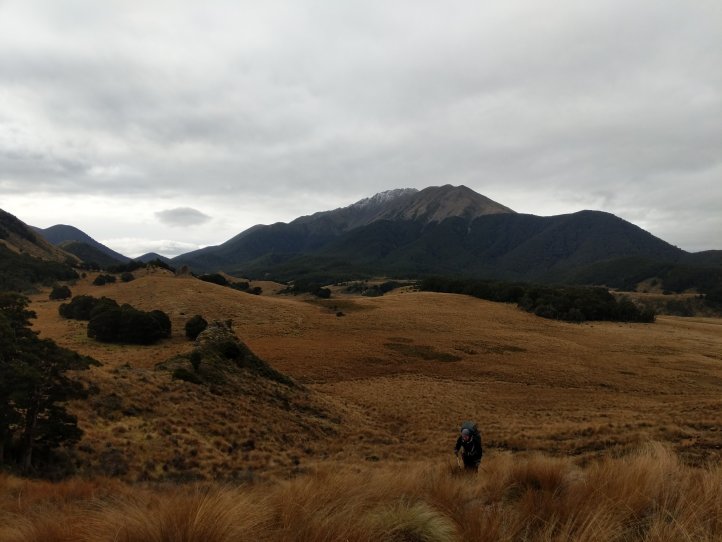 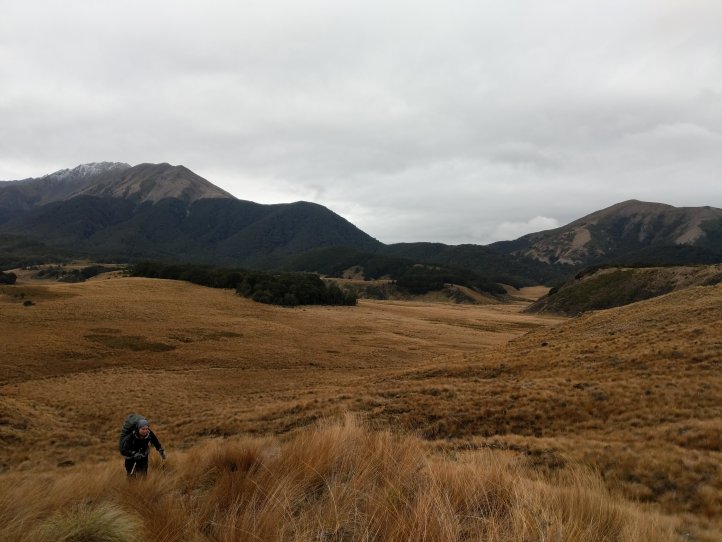 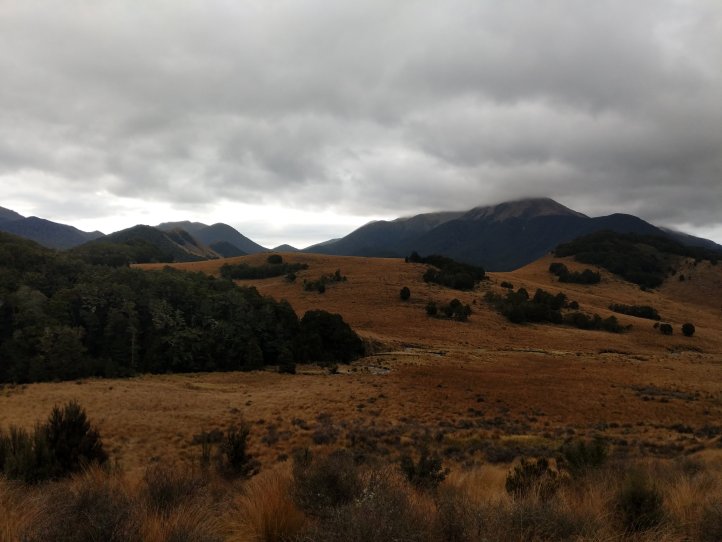 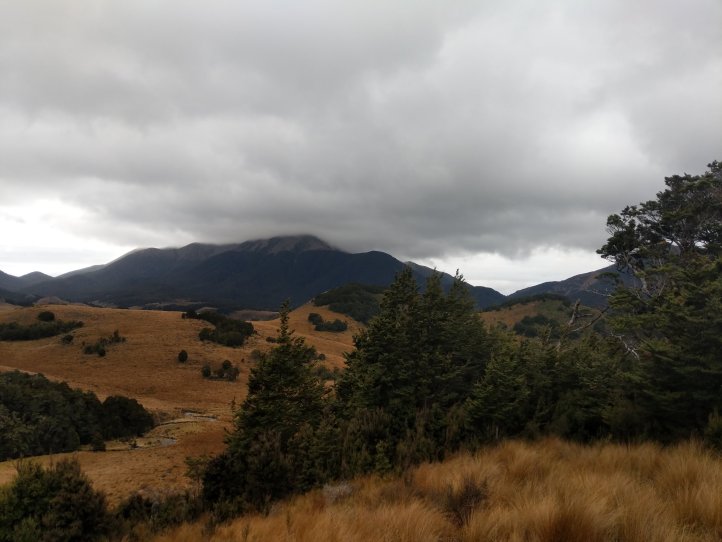 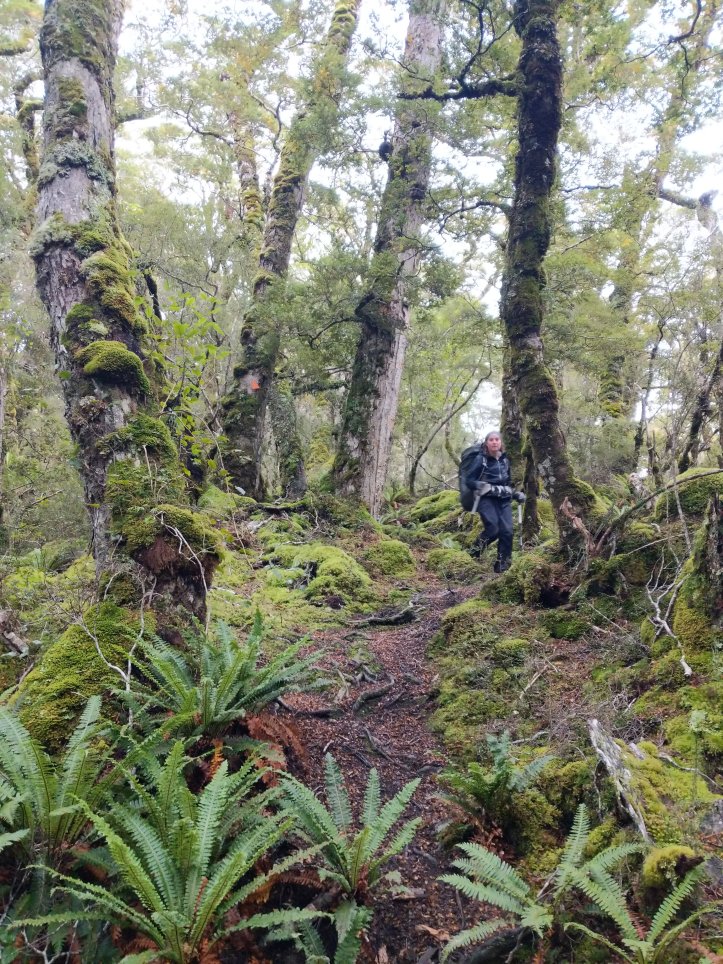 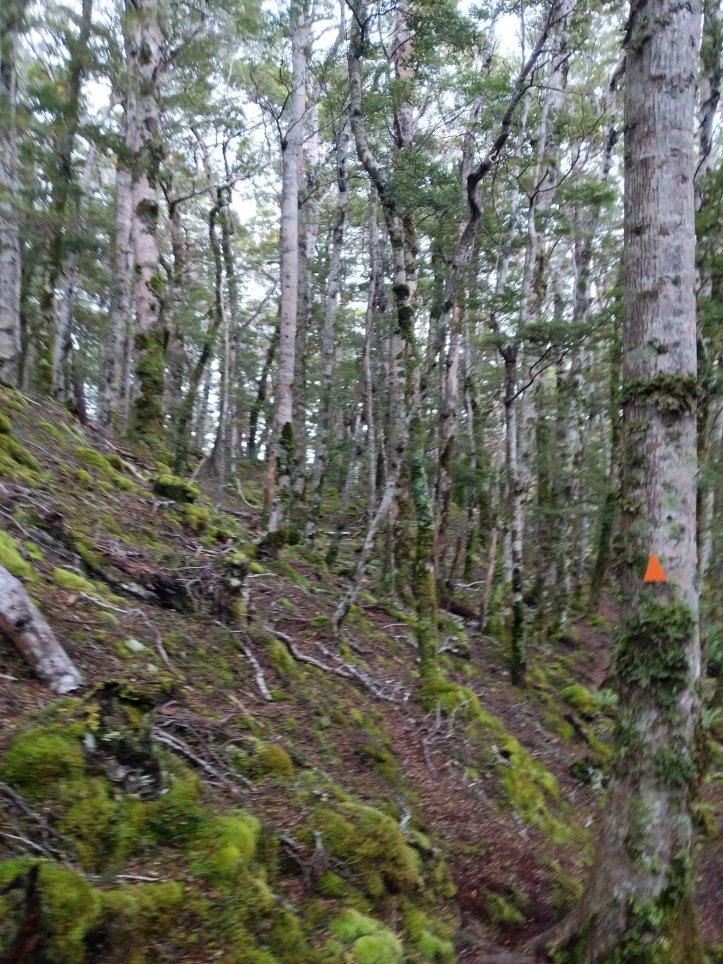 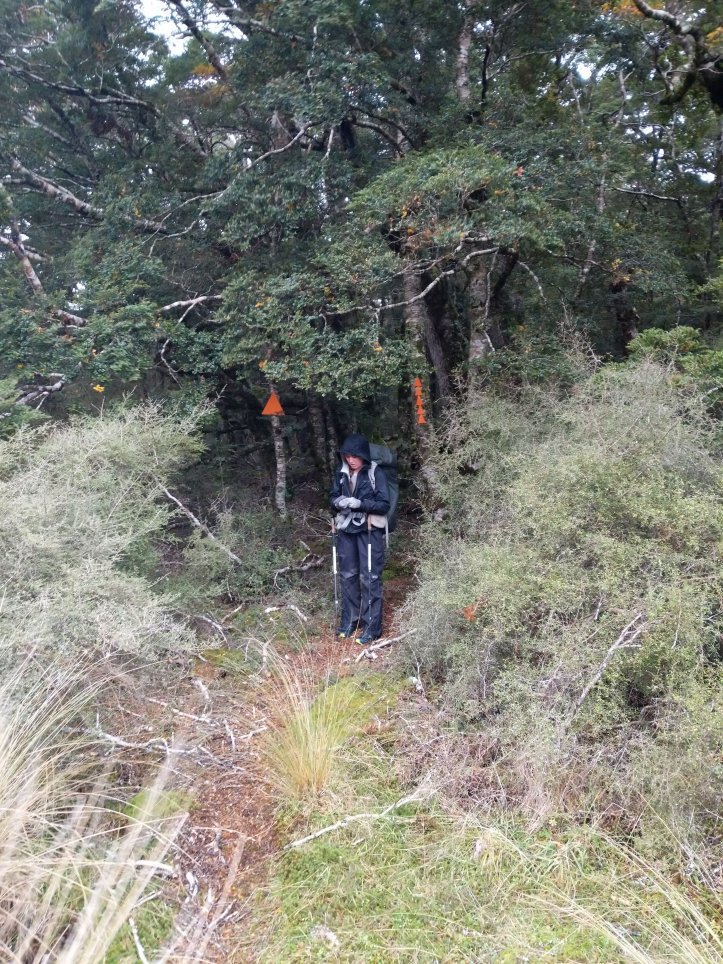 The views of the surrounding area were really nice. The Takitimu range is clearly a very underrated part of the country as we’d not heard anything about it but the views and terrain were quite spectacular. 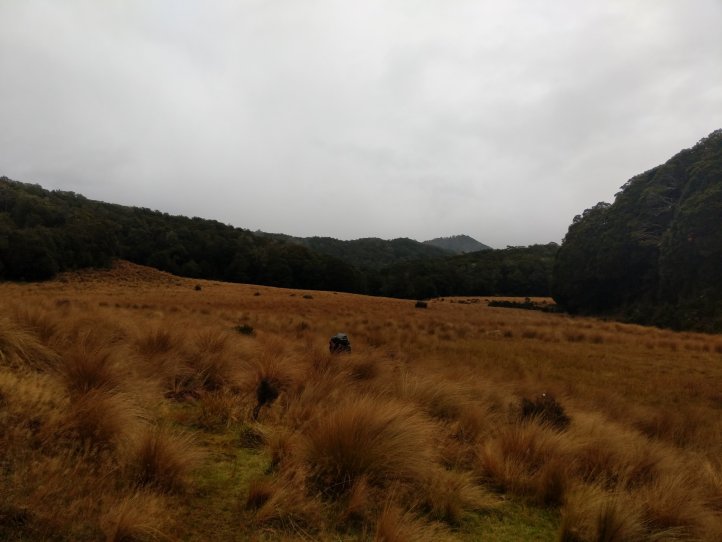 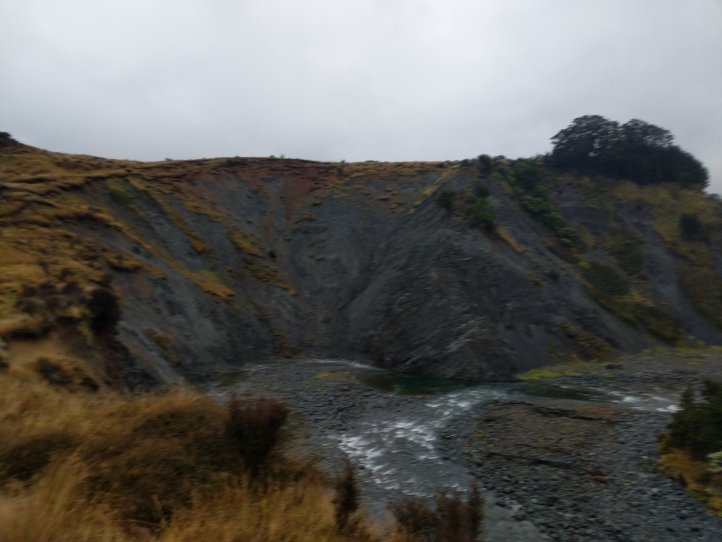 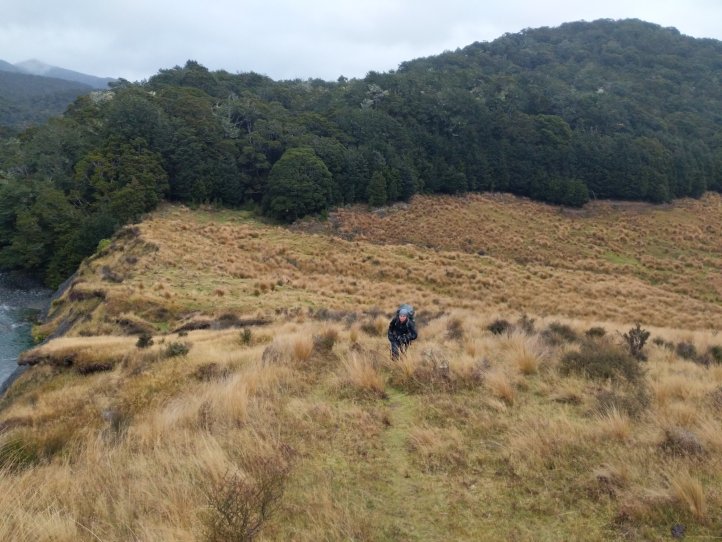 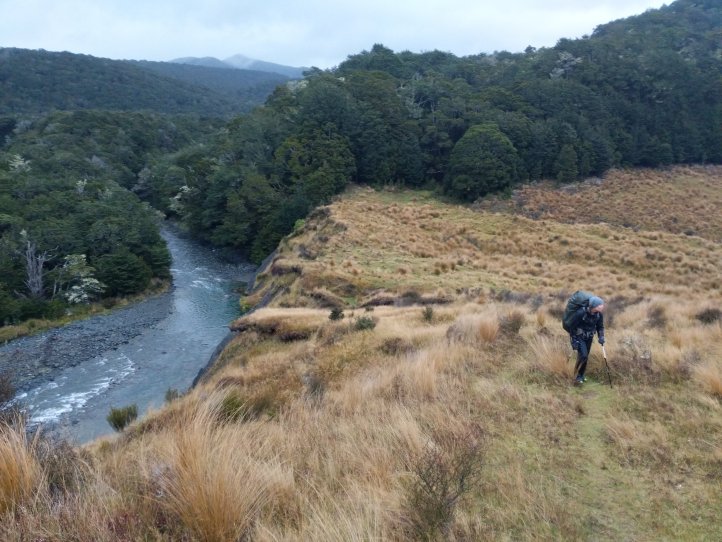 We kept going and it was getting later and later but we knew the hut was close. Unfortunately this is how it goes now with it being dark by 7pm. We did make it to the hut in time and met another hunter staying here the night. He was just lighting a fire as we arrived which was much appreciated. We know there are mice in the hut tonight so extra care has been taken to hang our stuff well. 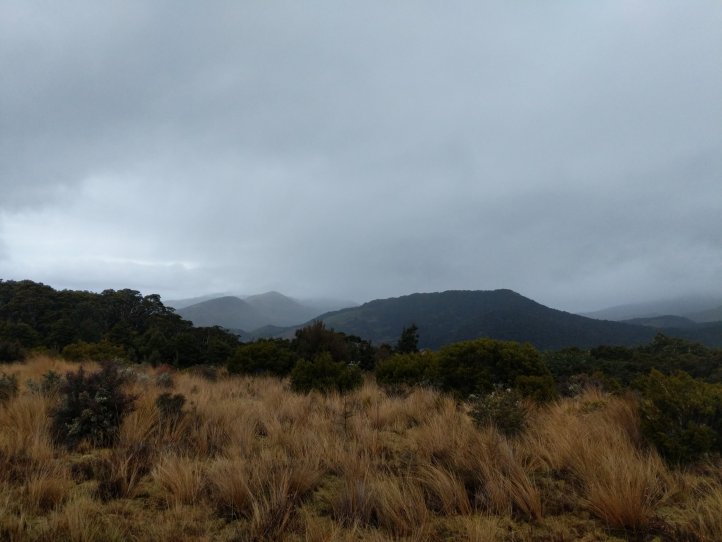 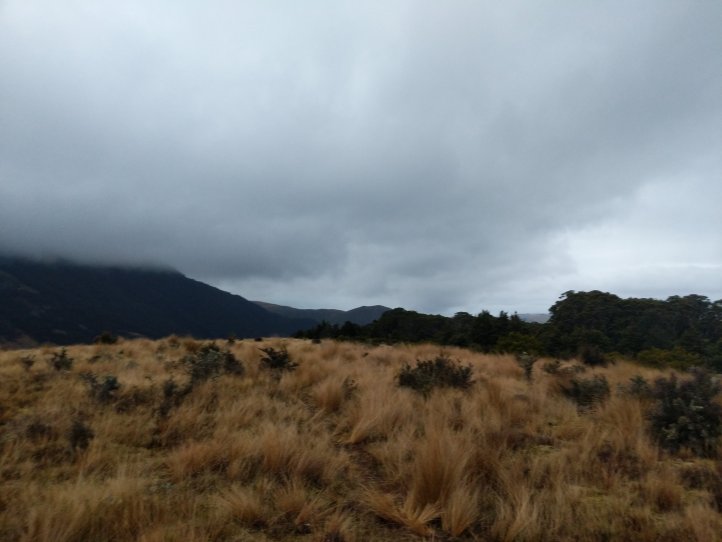