One benefit of camping in the bush that we discovered last night was that getting up for our midnight bathroom break we saw thousands of glowworms on the sides of the river bank. It was pitch black with the exception of the worms so was just like being in the caves again.

We figured we had about 5-6 hours left and hoped to make it to the Outdoor Center for a late lunch in time to keep moving onto the first hut after lunch. The trail was nice and the forest enjoyable but it was raining the whole time and we had very little visibility. 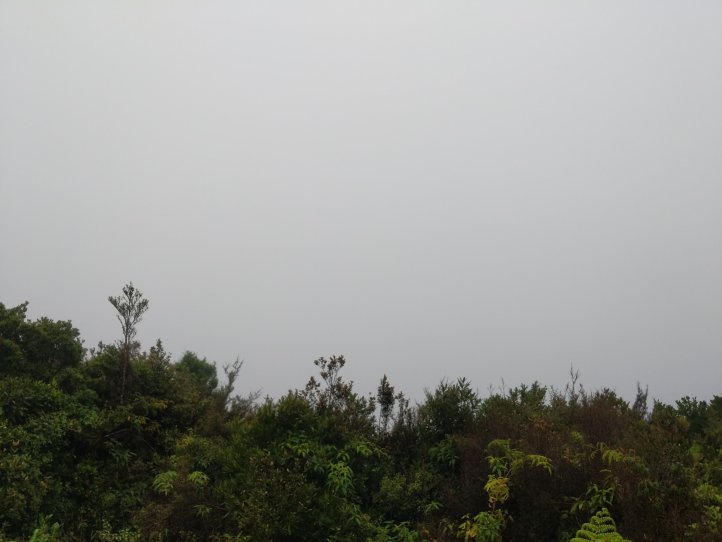 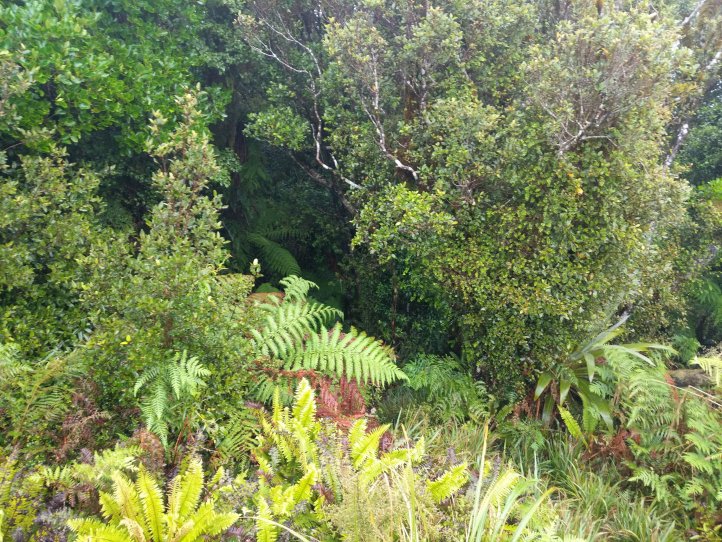 After going up and over the summit we hit a stream that the notes said we would cross multiple times. We must’ve crossed it at least 50 times and at points it got up to my knee level. Given the rain it was also flowing pretty fast and we definitely had to fight the flow a bit while crossing. 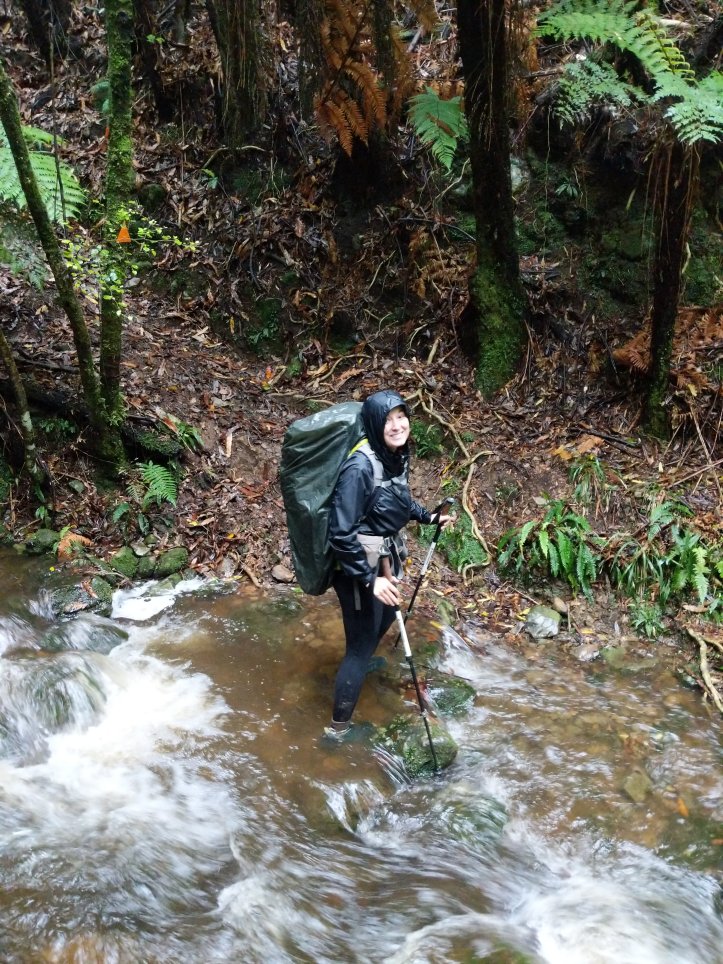 We were enjoying ourselves and given how wet we already were the crossings were a fun part of the trail. After the stream we crossed some tussocky farm land and made it out to the road. Along the road another fifteen minutes was the outdoor center and we pulled in here for a late lunch (it was about 1:30). The center even had a TA sign that pointed inside it.

One of the hosts (John) came out and greeted us and offered some fruit and a beer while we ate lunch and discussed our plans. He gave us a bit of a look when we suggested that we were going to keep going and told us it’d be about 7 hours more so we quickly pivoted and took him up on his offer to let us camp there.

We were spending the afternoon sitting out of the rain reading and relaxing when we saw this black van (nicknamed the Bongo) drive by. We were surprised as the last time we’d seen this very distinct van had been when we hitched in it up to Cape Reinga to start our journey. The parents were the hosts and the daughter and their Canadian boyfriend gave us a ride to the Cape and were now working at the camp. It was a lot of fun to see them again and we got invited in for dinner later with the family. We took a ride into town with them to get a little more food since we’d extended by a day and then enjoyed a delicious pasta bake with the family. They seemed pretty burnt out with hikers having had a lot of us pass through recently but seemed to enjoy our company. We were able to confirm this when they upgraded us from the tent to their double bed in the back of their camping van/truck. 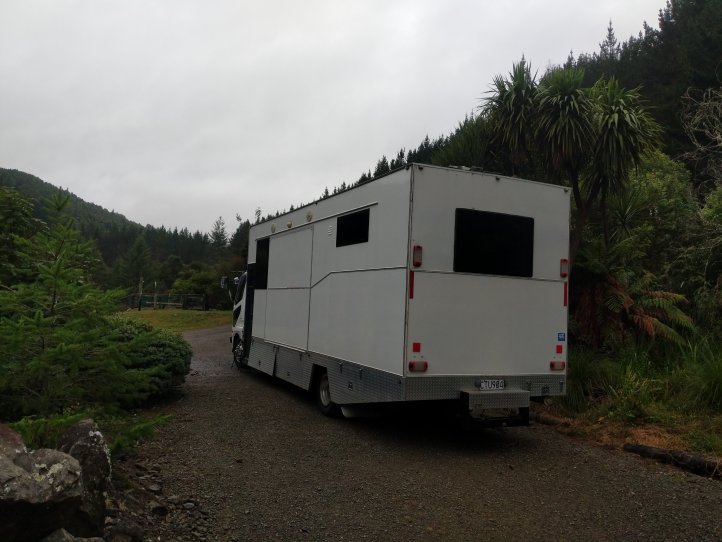 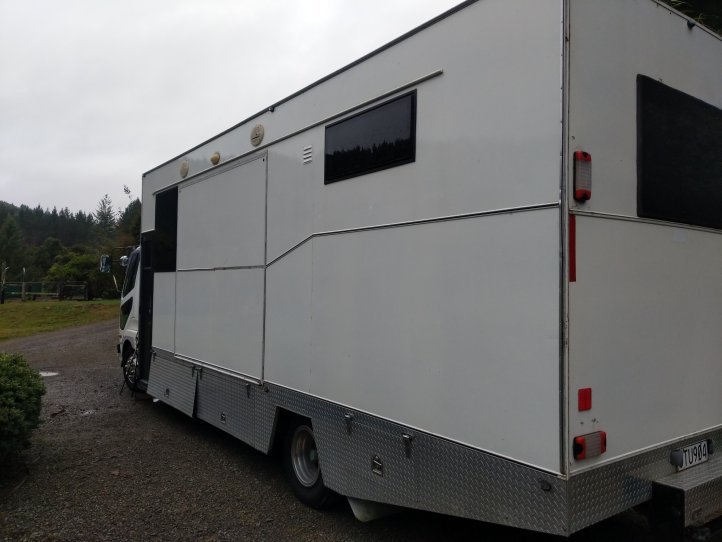 We’re definitely glad we ended up staying with them for the night and are very comfortable and dry and in the back of a camper van for the night.