Martin’s Hut was not as bad as we thought. The mice held their ground but never attacked, presumably it was too cold. Our hanging packs and what little food we had left remained safe in the morning and we didn’t encounter any trying to get into our sleeping bags at night. We did have a strange experience around 8:30pm when a flashlight walked past the window. It’d been pitch black for over an hour so nobody should’ve been hiking but sure enough we heard footsteps, saw a light, and expected the door to open but it didn’t. Whoever it was pretty much stood on the doorstep but kept going. It was very weird, perhaps there’s a ghost of Martin that we didn’t know about. I left a note in the hut logbook saying I was looking forward to DOC building a new Longwood Forest hut. As we’d gone to bed so early we had an early start as well. We wanted to get all the way to Riverton, which would be our final 40+km day. The track started by immediately jumping back into muddy bush and descending further down to a road. 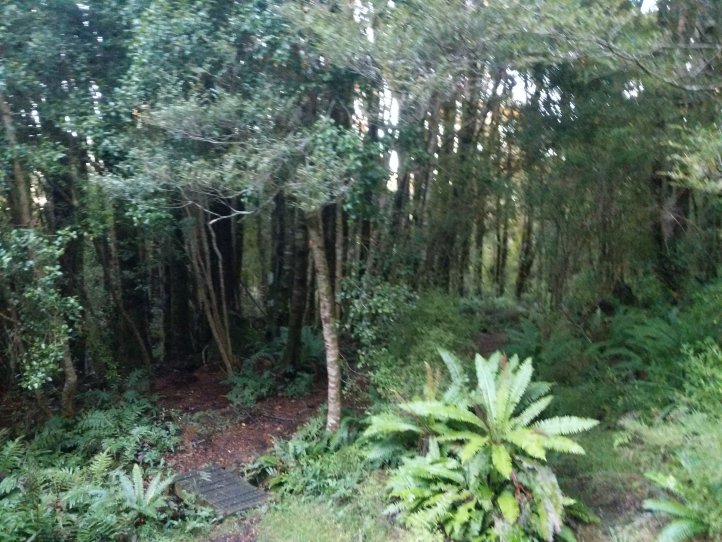 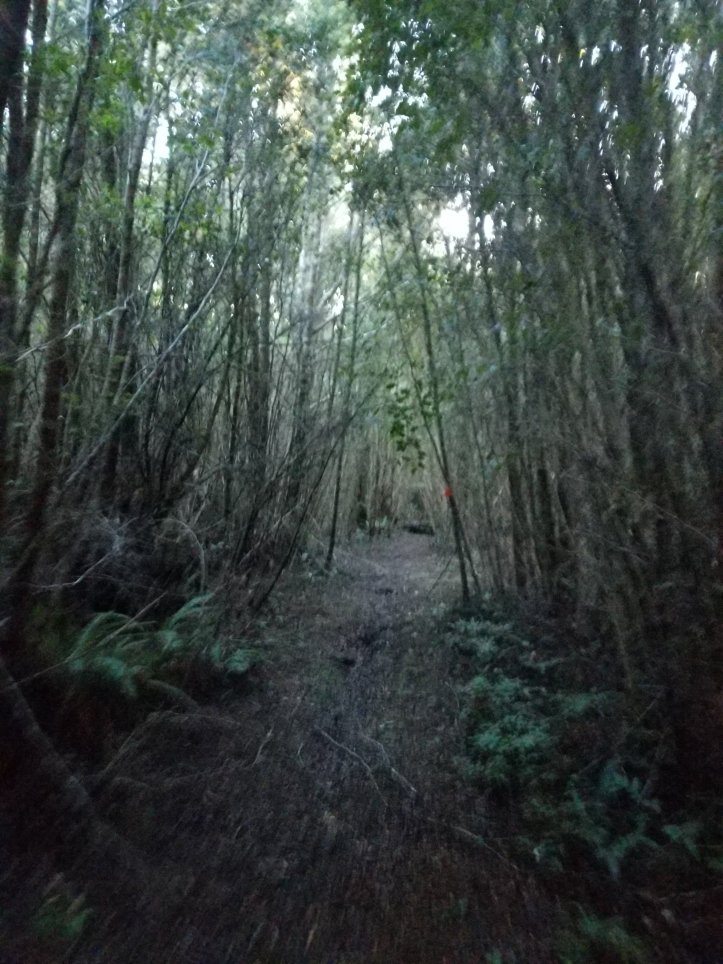 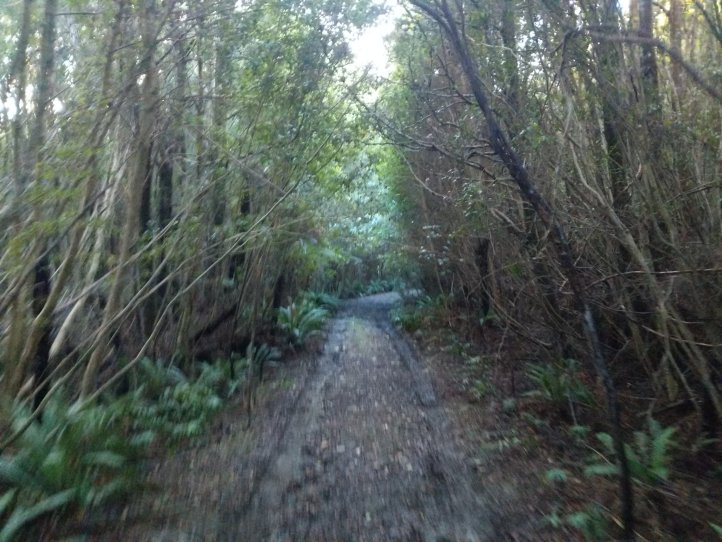 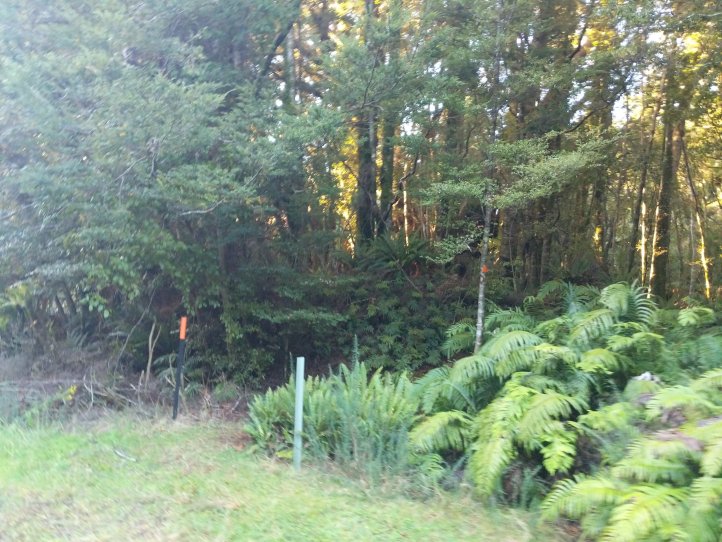 We managed to avoid most of the mud and made it down to the start of the old water race in decent time. The water race was the start of a 22km track that would be most of our day and take us out of our final section of bush on the TA. We weren’t sure what to expect for this but were happily surprised when it wasn’t that muddy. It had it’s fair share of muddy patches but for the most part there was not a lot of mud. 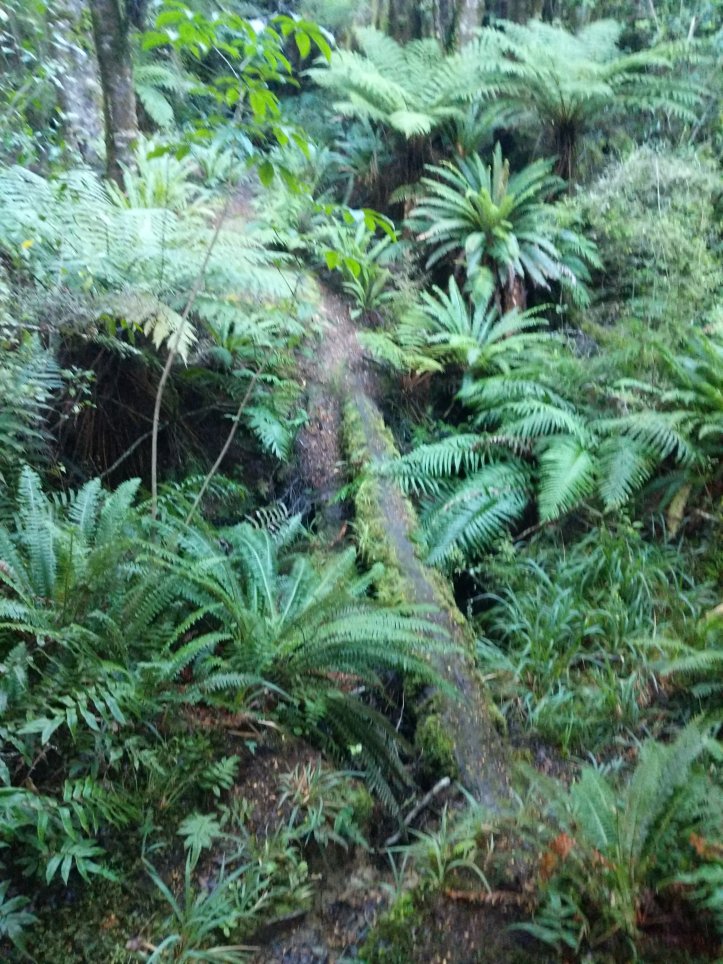 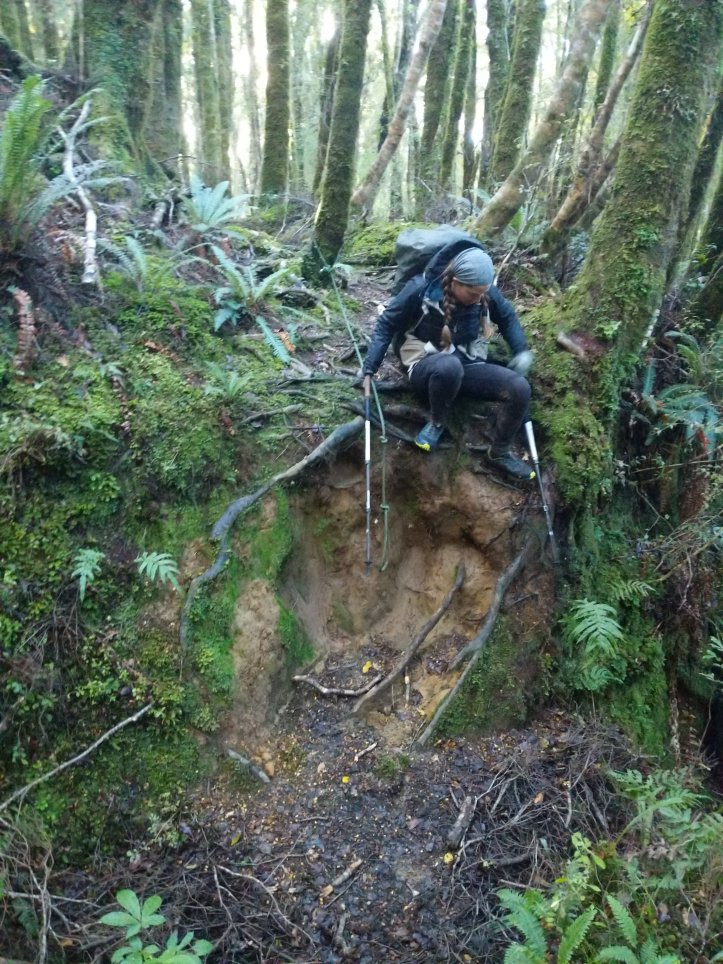 The only problem was that it was just long. The forest was beautiful and the sun coming through the leaves made for a great morning but 22km of single forest track is just really long. Generally an hour of walking through something is enough to appreciate it. The race effectively followed a contour line so there was a lot of zig zagging in and out of gullies. By the end we had a great understanding of what it was like to be a contour line. 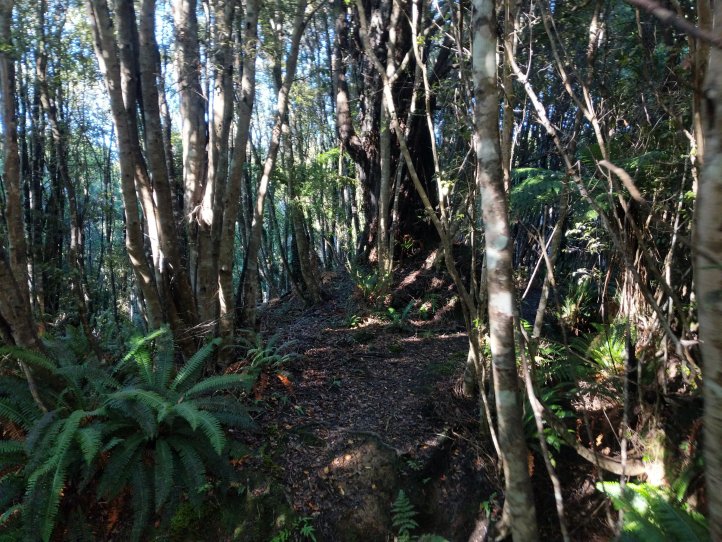 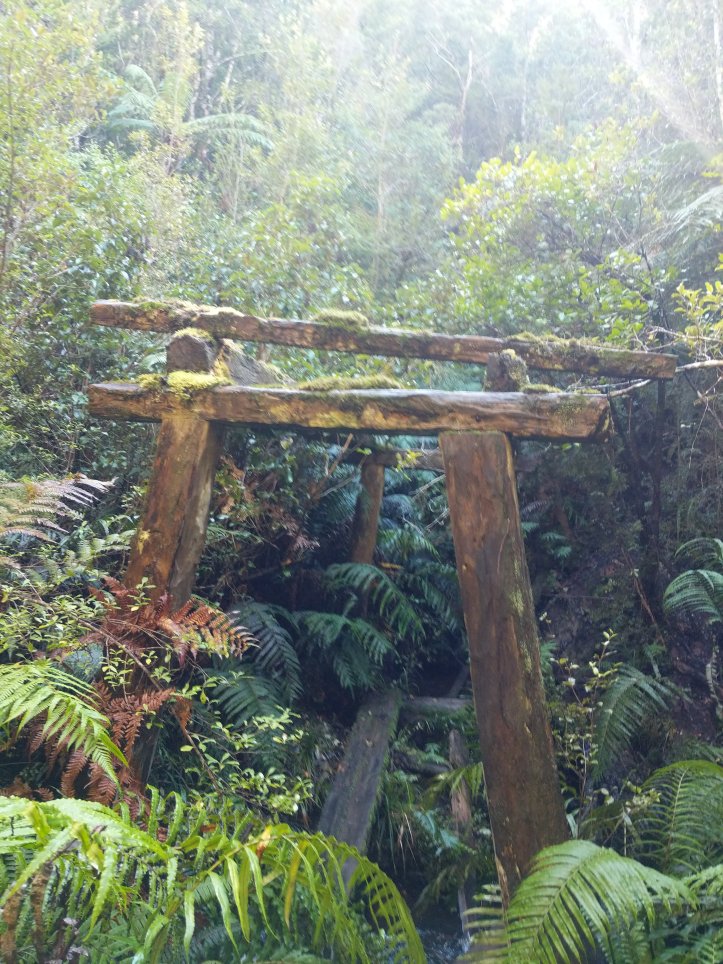 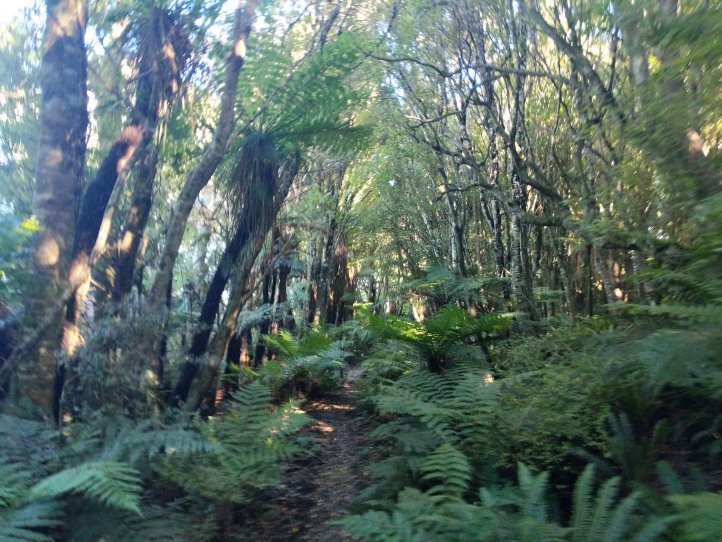 We spaced out our snack breaks to help consume time. With no lunch and light packs we were both moving as fast as possible given the terrain. As we neared the end the trail started to come close to farm land and tease us with potential exits before dipping back into the woods again. We could even see the ocean and Colac Bay, where our fish and chips awaited us. 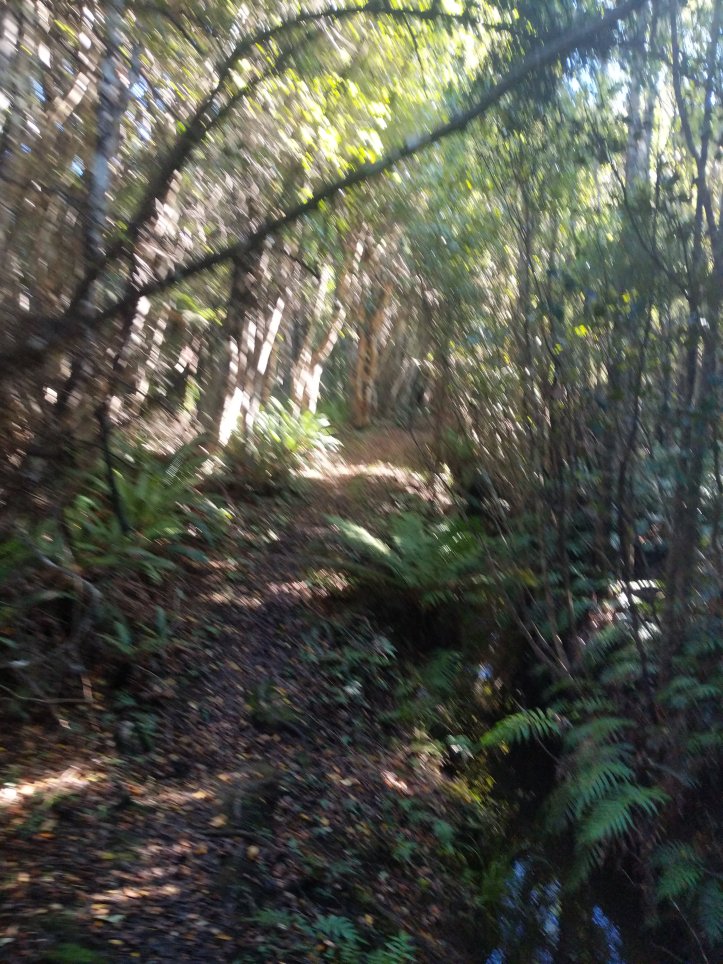 Eventually, we hit the end. We were rewarded with our first sign that indicated distance to Bluff. With very little fanfare we snapped a picture with the sign and bolted off down the road leaving our last true New Zealand bush track behind.

The next 6.7km to Colac Bay were all on road and we were determined not to take the 2 hours as suggested by the sign. We must’ve moved as fast as we’d ever moved on road through this section. In about an hour we were sitting in the Colac Bay Tavern waiting on our fish and chips. 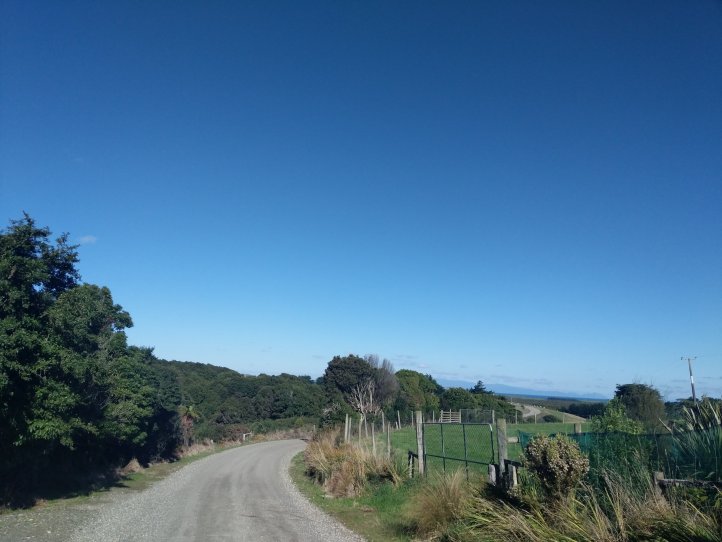 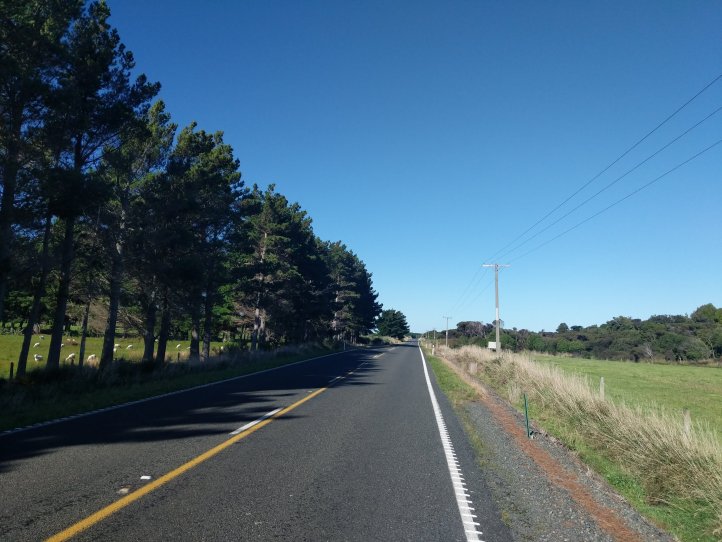 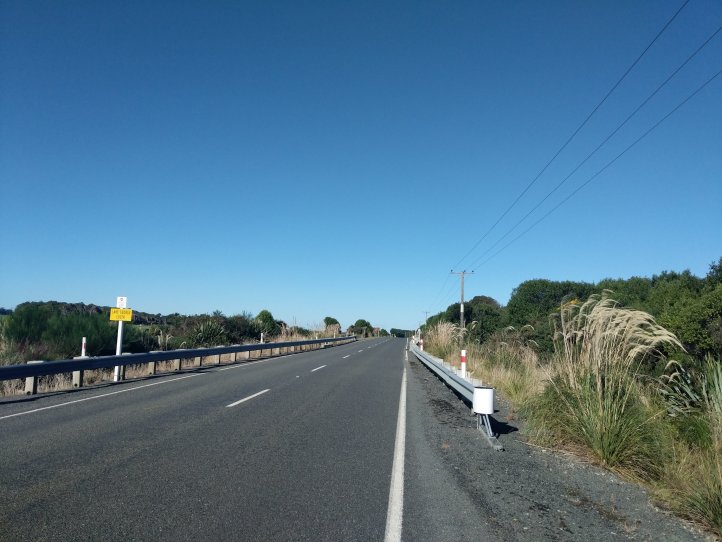 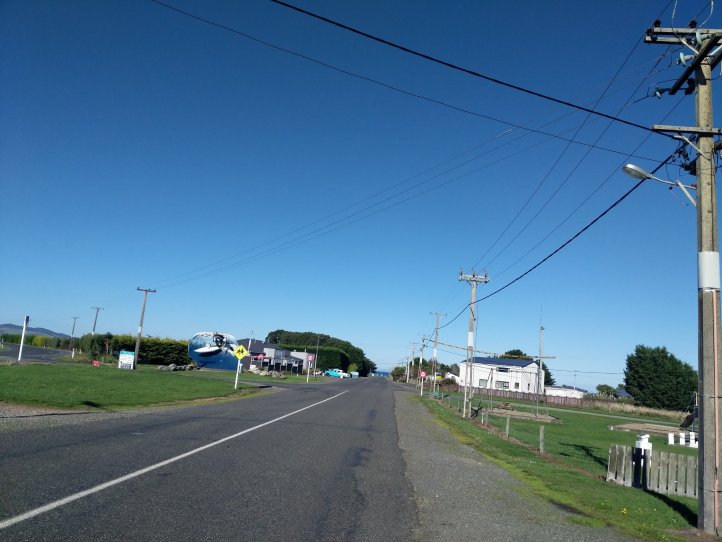 They didn’t disappoint. It’s been awhile since we ate fish and chips from a town right next to the ocean and it felt good to have them and again taste and smell the ocean freshness. Unfortunately, we weren’t stopping here. After wolfing them down we picked up our packs and headed down to the beach to make our way to Riverton. We immediately dropped down onto the beach and began following it around to the headlands around Riverton. It was a tough beach walk with the tide most of the way in. It was a lot of loose stones and feet sinking in and by now we’d gone over 30km so were pretty tired. We did have the sun slowly setting behind us which was probably the one good point of the walk. 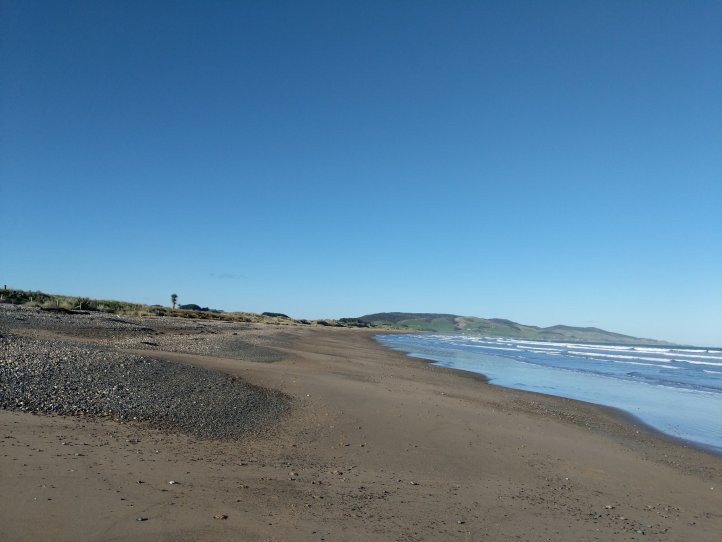 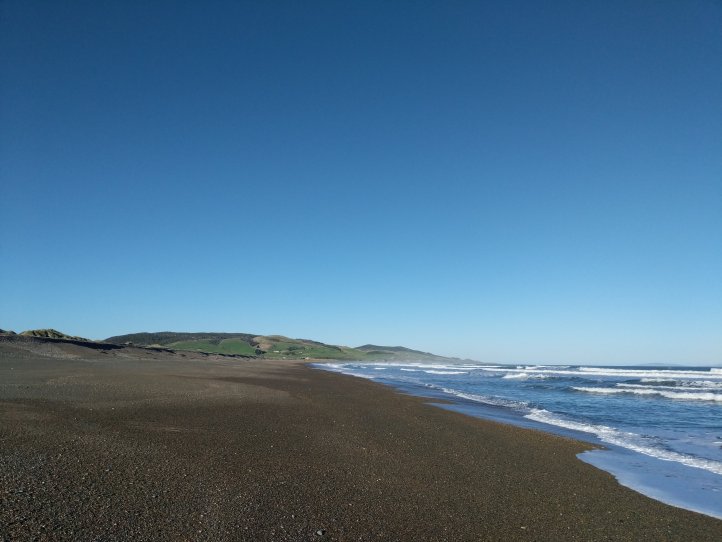 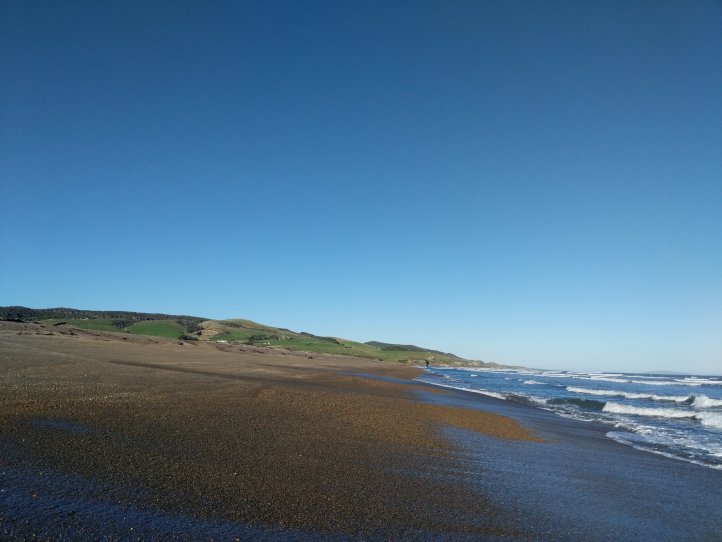 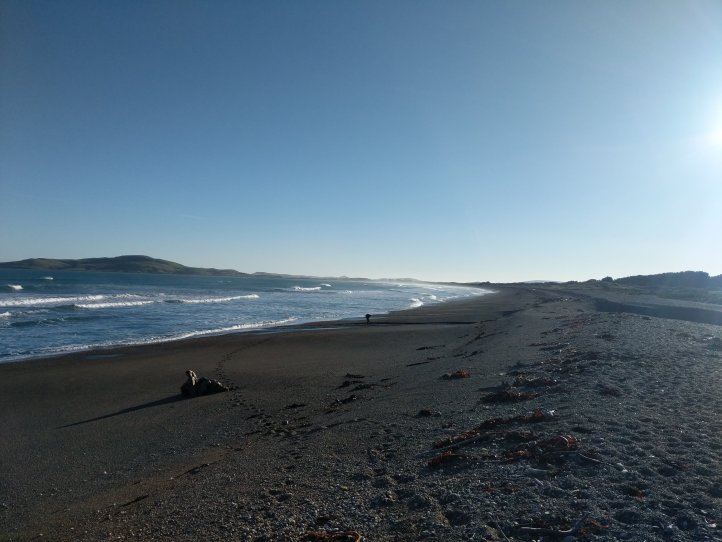 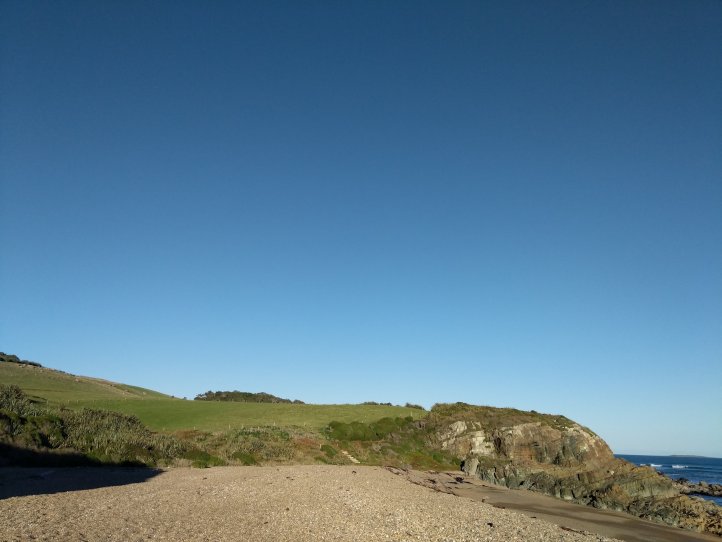 At the end of the beach we started on the headlands track. This was a bit of a lesson in see how we can skirt around the electric and barbed wire fence with a farmer that clearly didn’t want trampers going through his fields. It was through vegetation and up and down steep rocky inclines. Not the kind of track we wanted to do after a long day. 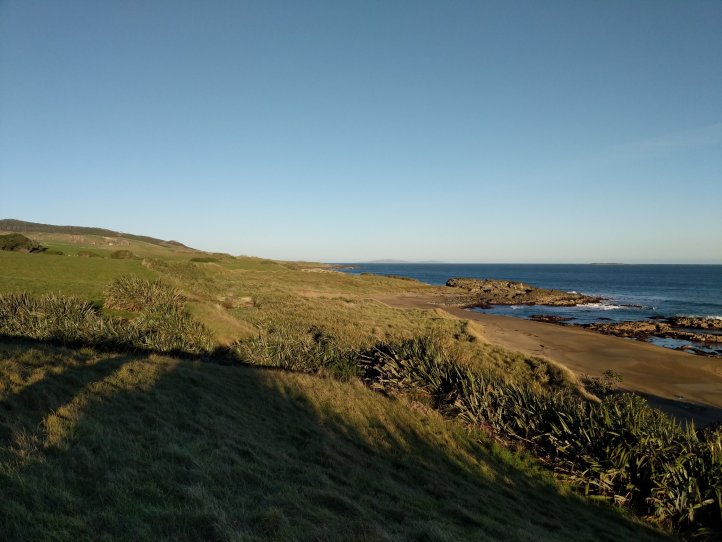 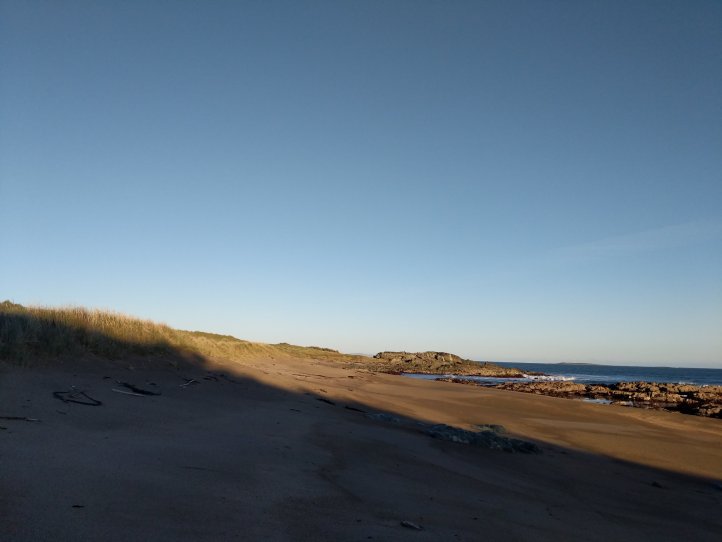 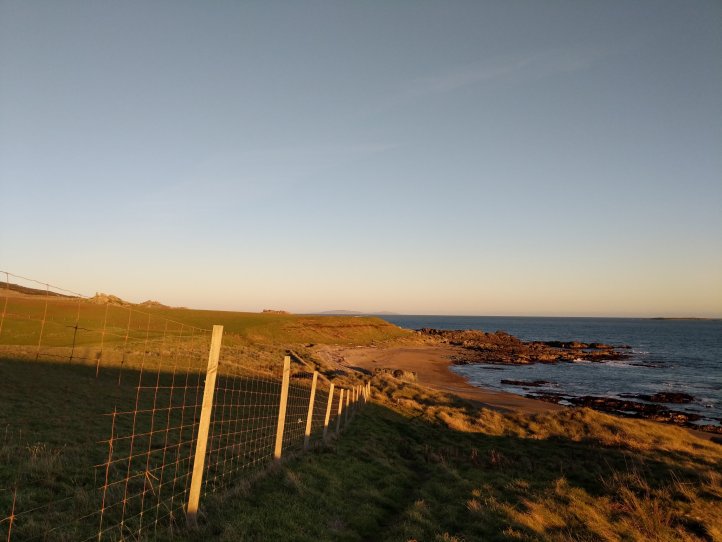 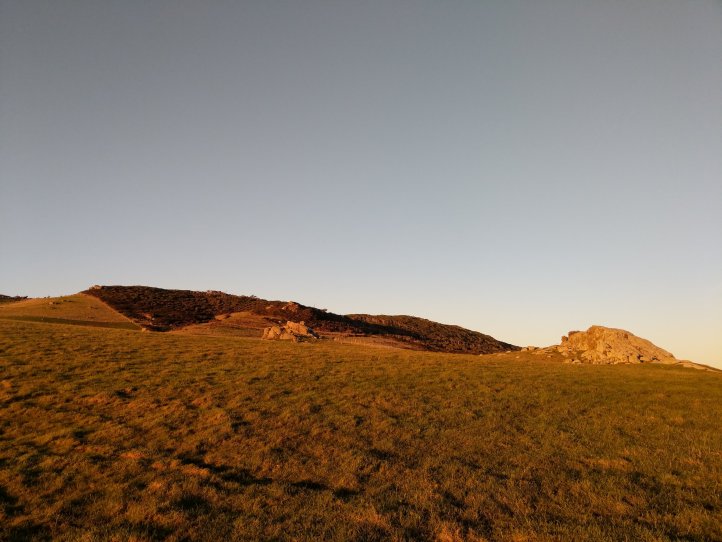 The views were pretty spectacular so it was hard to complain too much. We did have the occasional staircase and bridge over bush which helped a bit as well.

Reaching the end of the headlands we turned up and over a forest reserve and began a quick climb on easy track through the woods. It was good that was easy as it was quite dark by the this point.

We poked out the top with a view over Riverton and began the final sprint down to the town and our hostel as the sun set and the temperature plummeted.

Thankfully, it was just a road walk down and although it was dark by the time we got there it was still early in the night (only 7). We went straight to the grocery store to pick up dinner and supplies for tomorrow and then headed to the hostel for our first shower since Te Anau. Tomorrow we head to Invercargill and then the finish after.