Unfortunately the heat in our room didn’t work last night so we had a typical cold night. We were inside a normal building with toilets and a bed all under one roof which was a plus. We had a nice early start, sliding back into our wet socks and shoes and headed back down the road from the hostel to the beach. The final two days of the TA are known for being beach and then road, which is a bit of a fitting end. NoBo’s often complain about both and say it’s similar to what we have at the start but today’s beach was like a light stroll compared to 90 mile beach. 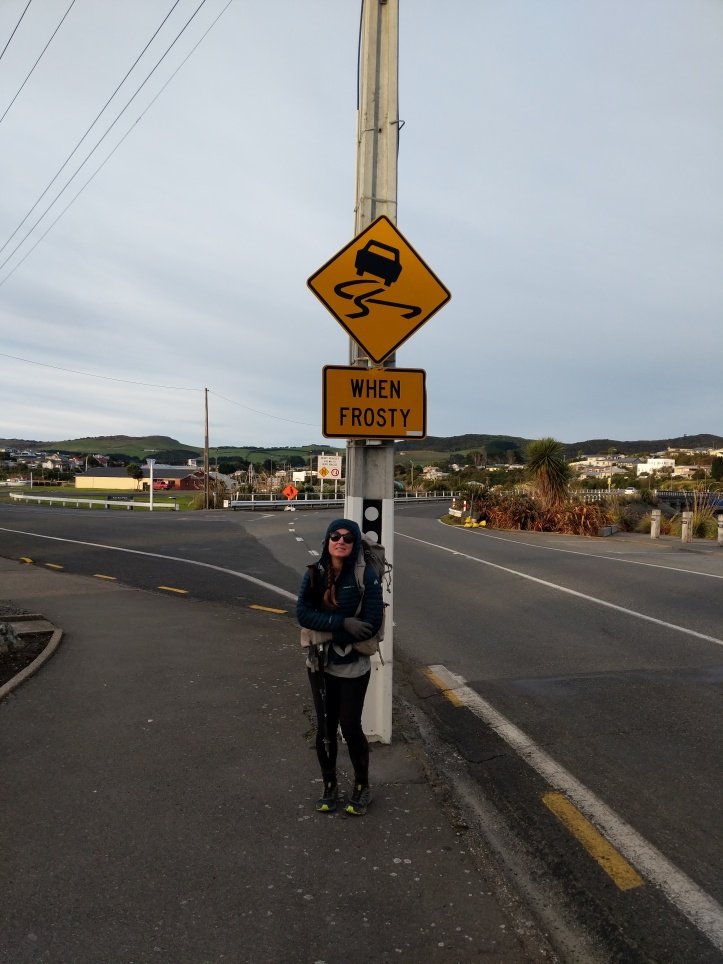 We had thought the tide would be coming in when we were on the beach but it strangely seemed to be holding with enough room to walk in the hard sand. This and the nice cloud coverage made the morning walk pretty easy overall and it didn’t feel like long before we were well into the day. 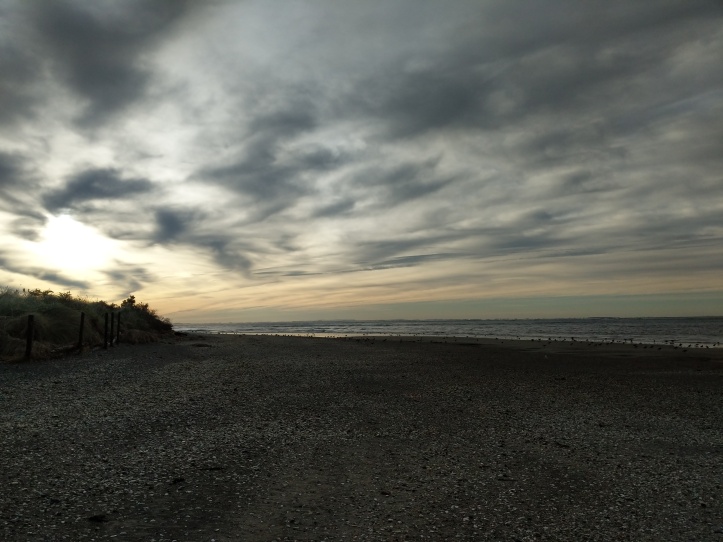 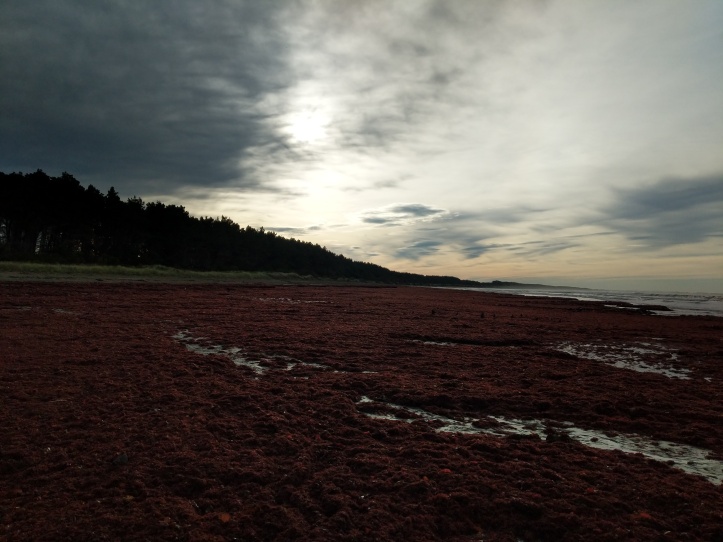 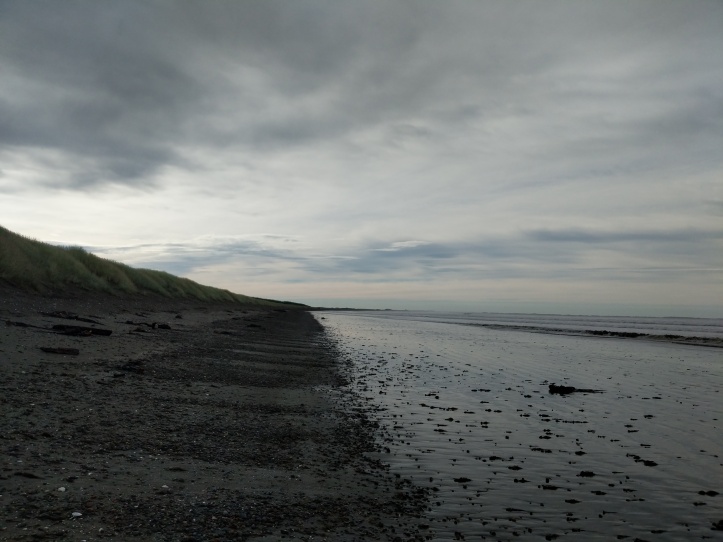 The seaweed provided a good bit of brief entertainment and we found a driftwood throne that I briefly claimed.

About halfway through the walk we encountered the estuary we’d have to cross. We had thought this would be quite deep at high tide but the tide still seemed to be unsure what it was doing. It didn’t hit the bottom of my shorts when crossing which was way shallower than we’d anticipated.

Back on the beach we continued to head towards Invercargill for the final straight 10km. We had enough of a sprinkle through this section that we put on our rain jackets and also saw a few dogs being walked (with owners driving along) and motorbikes but other than that had a pretty uneventful stroll. 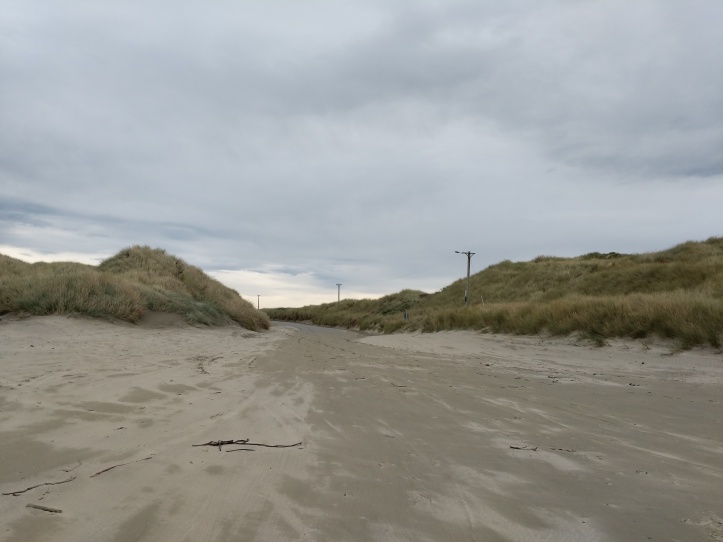 Turning off the beach we found a nice sidewalk next to the road that we were pleasantly surprised to be able to use. We passed some equestrian event and then a cafe, where we thought we should stop for a coffee. 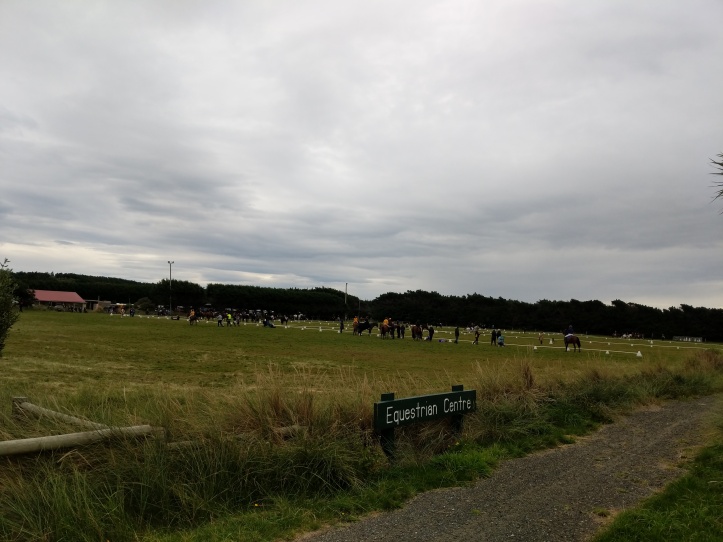 The final stretch was just 10km along the road edge. We had the shared walkway cycleway the whole distance which was much nicer than directly on the road side. We had a runner pass who congratulated us on our journey and a cyclist who commented that we were a bit late but didn’t stop to say what we were late for (it was only about 3pm at the time). 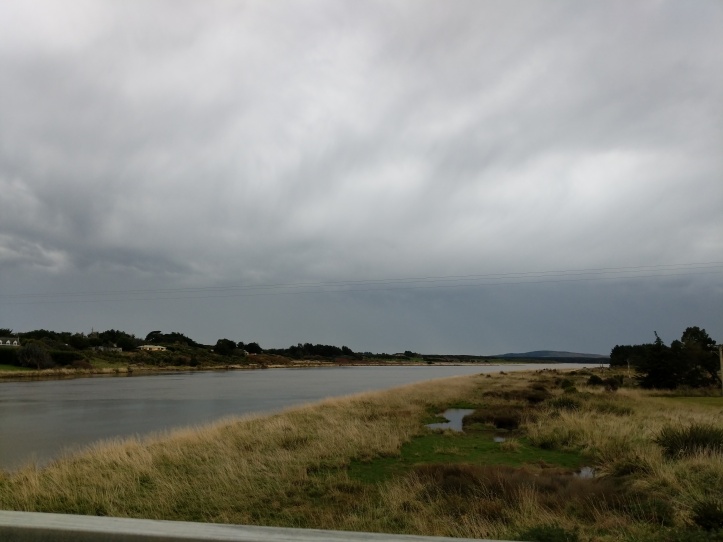 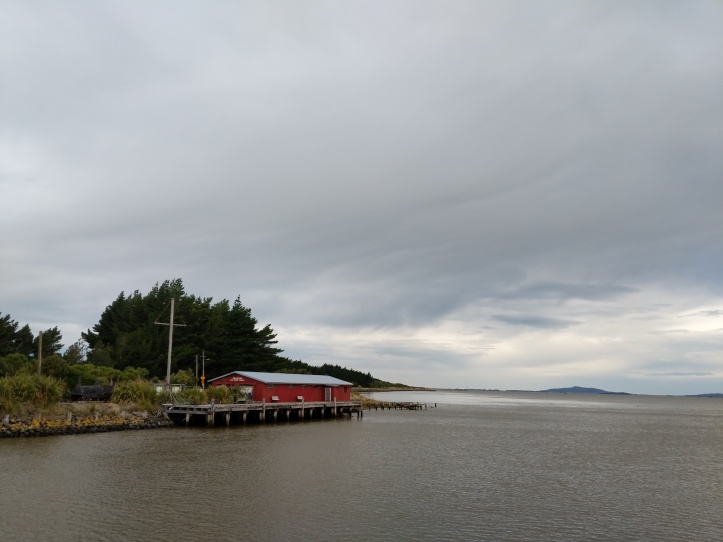 Other than that it was one of our more uneventful days. We turned off the track after the bridge and walked into town to get food and hit the hostel. It’s a really quiet town and you can definitely feel the sense of being at the bottom of the world and very isolated. There was a lot of empty space in town and parking would never be an issue. The hostel is a lovely little spot though and with good heat and a nice kitchen we’ve had a relaxing final night on the trail ahead of the push to Bluff tomorrow.