Today was our final day on the trail. We were in high spirits knowing that we had a pretty straightforward day ahead of us but still cautious that it would be a long slog to get to the finish. We had 35km to cover, mostly on a particularly miserable stretch of road that would be exposed to whatever weather came our way. We started out early from Invercargill with 3km to walk just to get back to the trail. It was raining a little as we set out and we quickly put on our rain gear one final time. 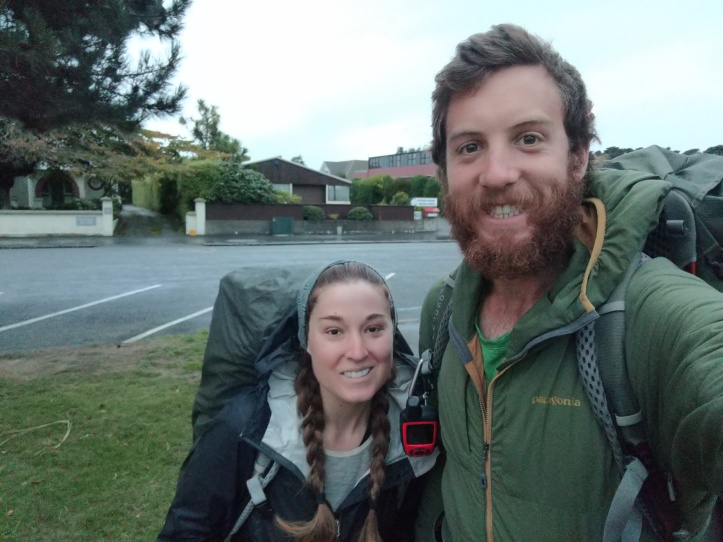 The trail started out with a 10km walk along nice gravel pathway that was specifically carved as a cycle-walking path. It’s part of an effort to make it possible to not have to road walk into Bluff but is obviously just slightly incomplete at this point. It was a great path to start out on and just a shame that it was raining. 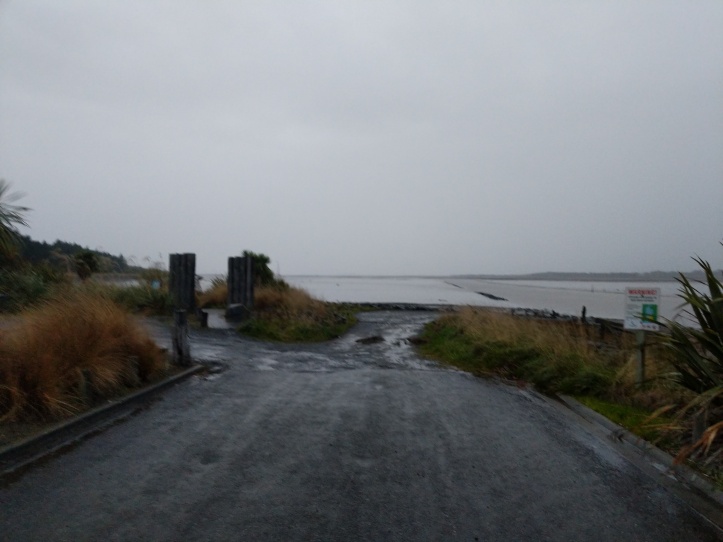 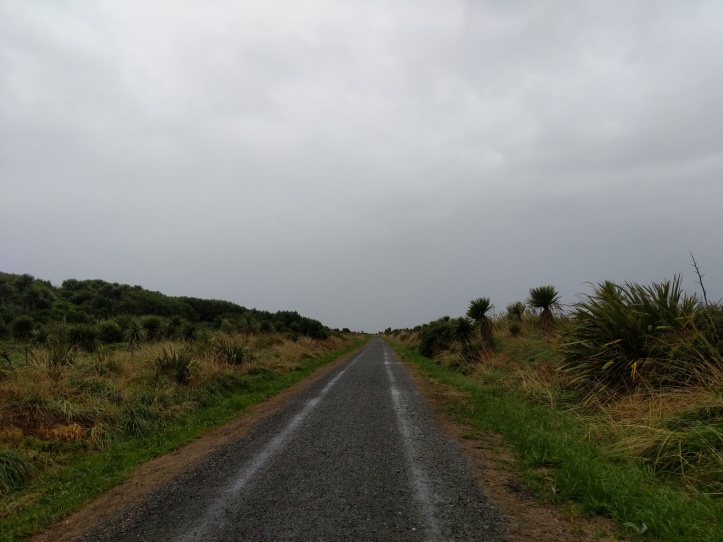 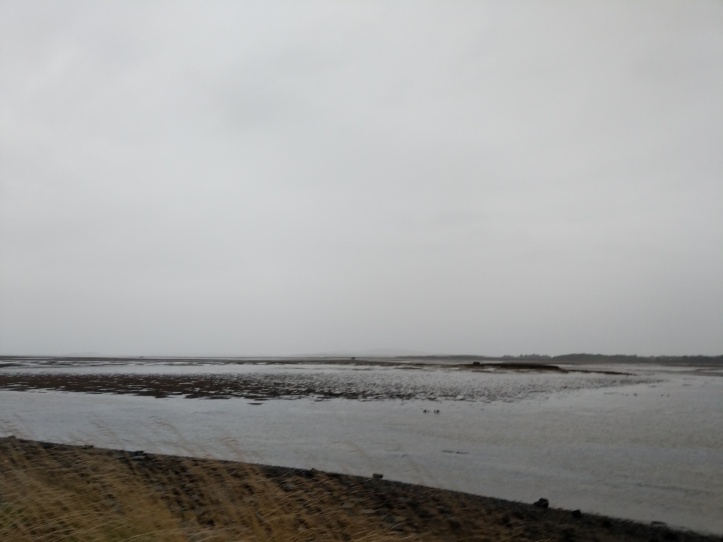 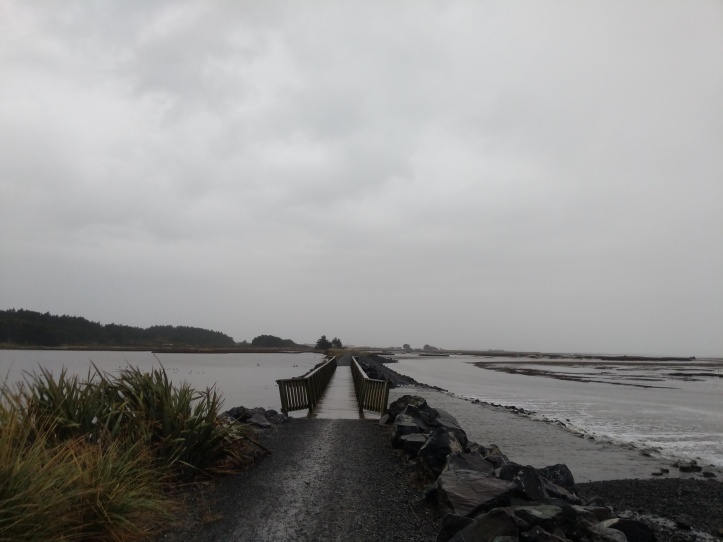 We were mostly walking past a boggy looking bird sanctuary/reserve. We did pass a number of industrial looking buildings and in typical TA style we passed the Invercargill sewage works. 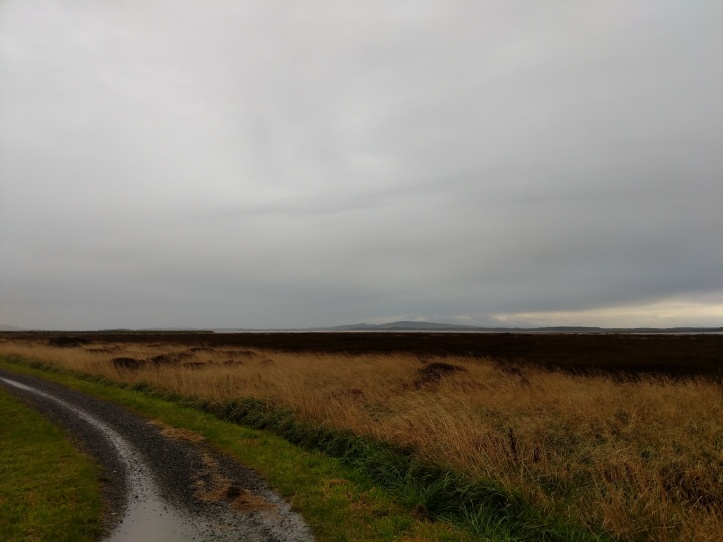 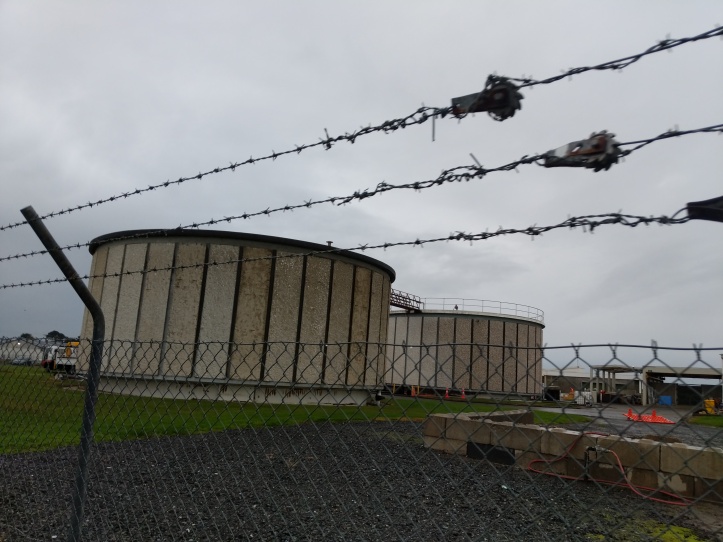 Eventually we reached the end of this track and started on the road. Officially it was supposed to be 16km along State Highway 1 but the trail at the end of the 16km was closed. In what seemed like another appropriate TA moment we would have to walk SH1 all the way to it’s Southern terminus at Sterling Point (rather than hiking the trail to the same point).

We did attempt to keep our spirits high but a long straight road with hardly any margin and a lot of traffic drains you pretty quickly. Also listing out our top five whatever (tracks, huts, etc.) for the trail gets old quickly. A couple of the highlights including a train passing, a random nice side trail for lunch, and a small field packed full of sheep. 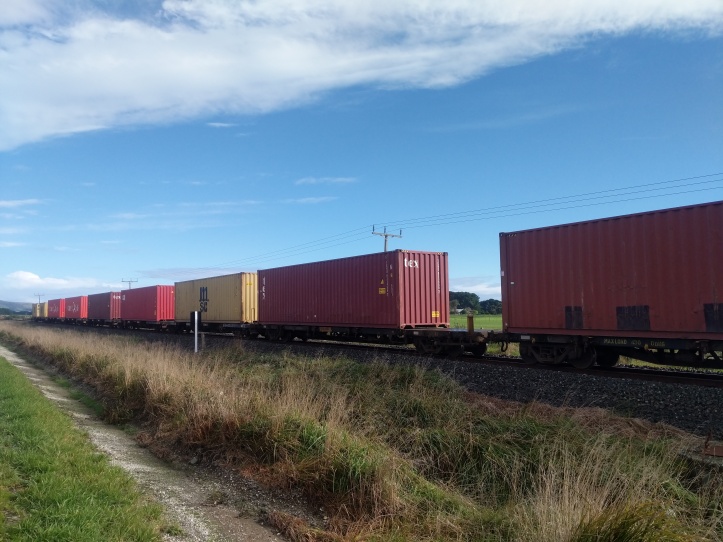 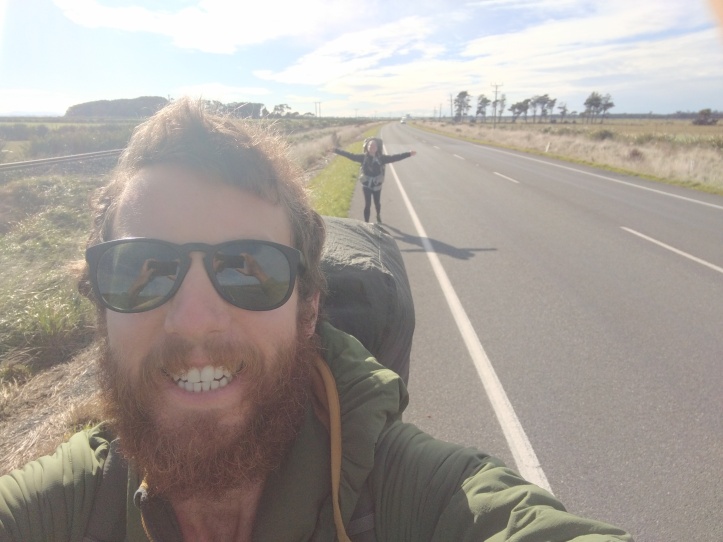 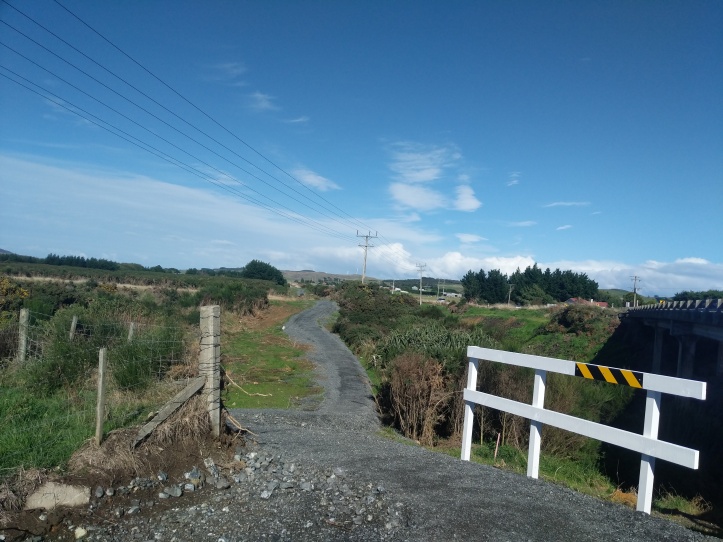 But still, it was just a long, long road. We did wonder for the people who hitch the roads at what point they stick a thumb out and call it quits for the trail. The additional suffering of pounding every inch of pavement separates the thru-hikers from the people just on vacation. 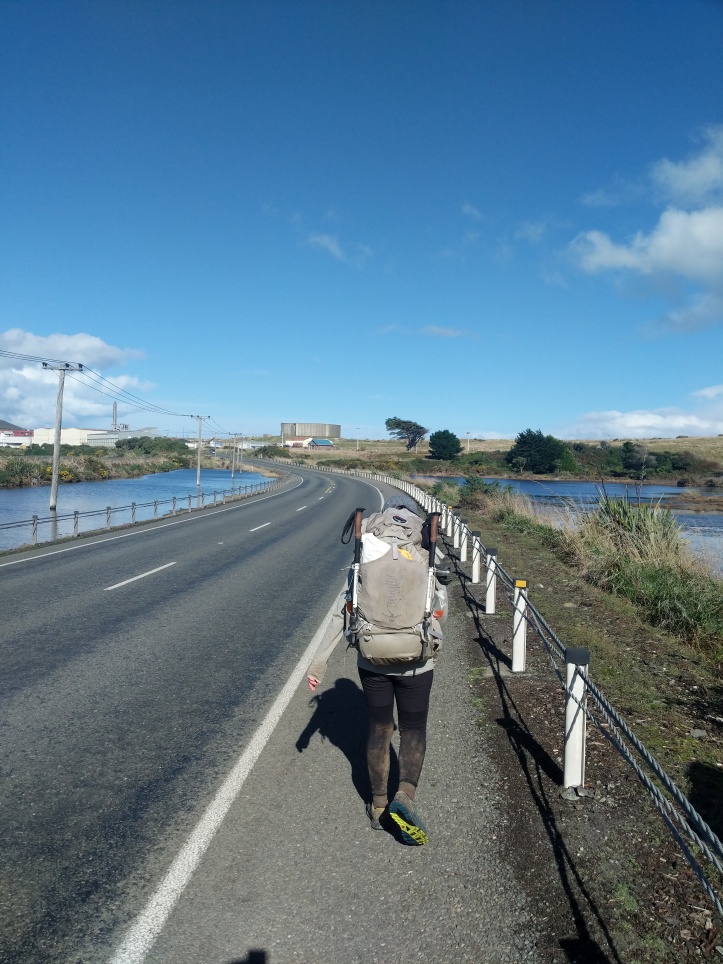 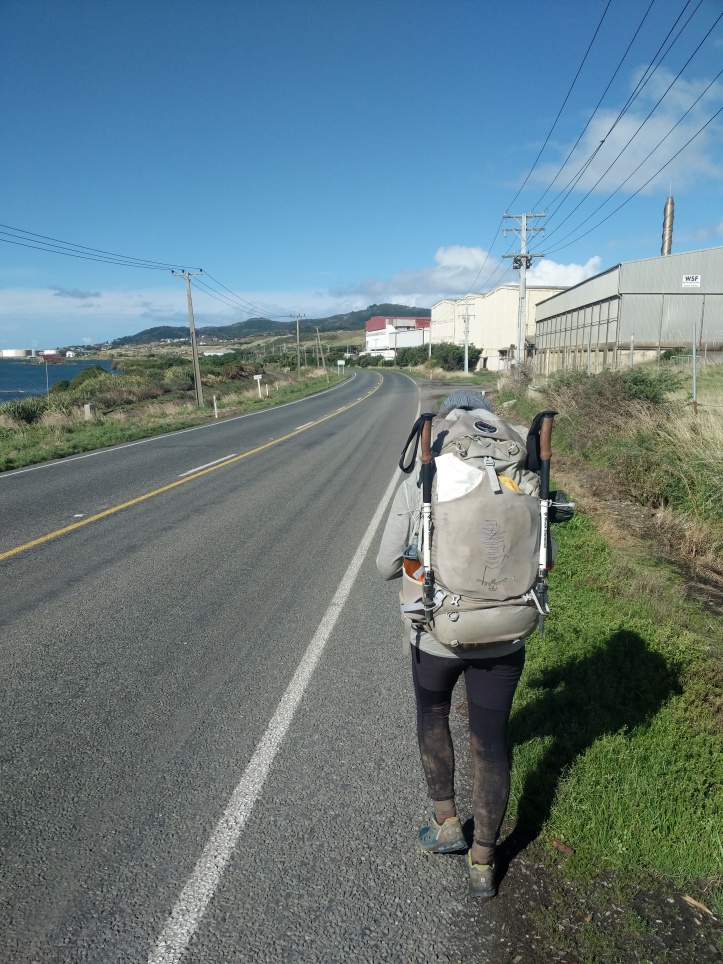 We eventually hit the turn off for where the closed trail is and also our first photo shoot opportunity with the Bluff sign. 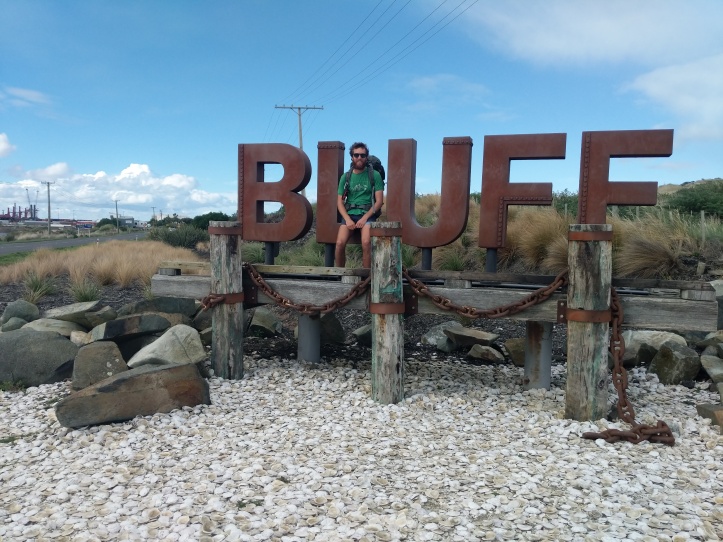 Rejuvinated and with the end again in sight (in our minds at least) we pressed on towards the town. By this point the weather had also cleared up and although we seemed to get a 60 second shower every now and then it was for the most part blue skies. We stopped in at our hostel as we passed right by for a quick bathroom break and after some texts from people watching in the US telling us to “get a move on with it” so they could see us finish and go to bed we continued on. One more detour to pick up a bottle of champagne and we were off towards Stirling Point.

We arrived with very little fanfare and just a few bemused tourists at the sign and proceeded to touch and hold on to it as if it wasn’t real. It all felt quite surreal to reach the end and the slow (and exhausting) build up to the finale with the suddenness of reaching a metal pole marking the end of a 4 month and 5 day walk was hard to take in. Thankfully, we had the bottle of champagne to help ease the moment. 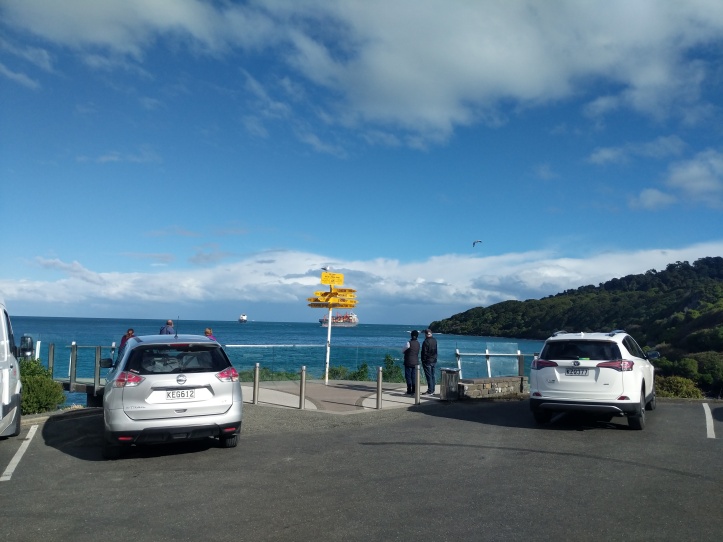 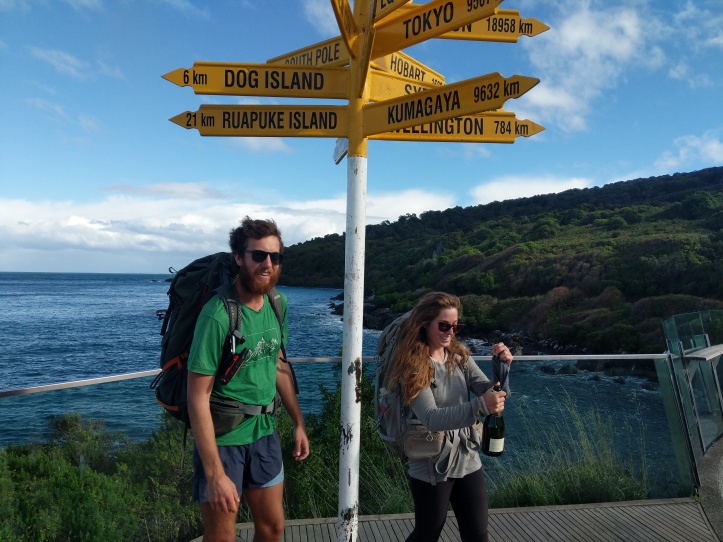 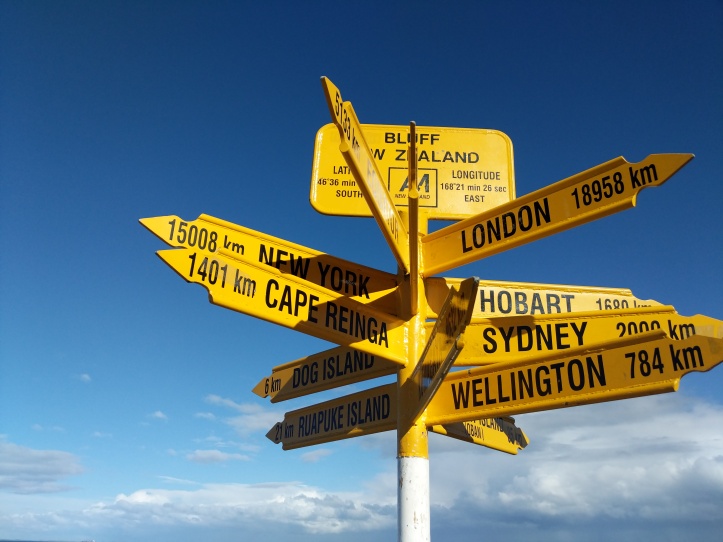 We took as many pictures as we could think of (including trimming my mustache) and quickly downed the bottle. We did talk to some of the tourists also visiting the sign and many of them knew about the trail and were very impressed with our accomplishment. It certainly seemed as if seeing us finish had made their visit to the sign post more worth it. After taking enough photos we headed up to the Oyster Cove restaurant where they serve famous Bluff oysters and have a log book of trail finishers. We signed the book, received our finishing medals, and sat down for a delicious meal of oysters and a variety of other yum seafoods. We headed back outside right after for a few more photos with our new medals and then headed back to the hostel. 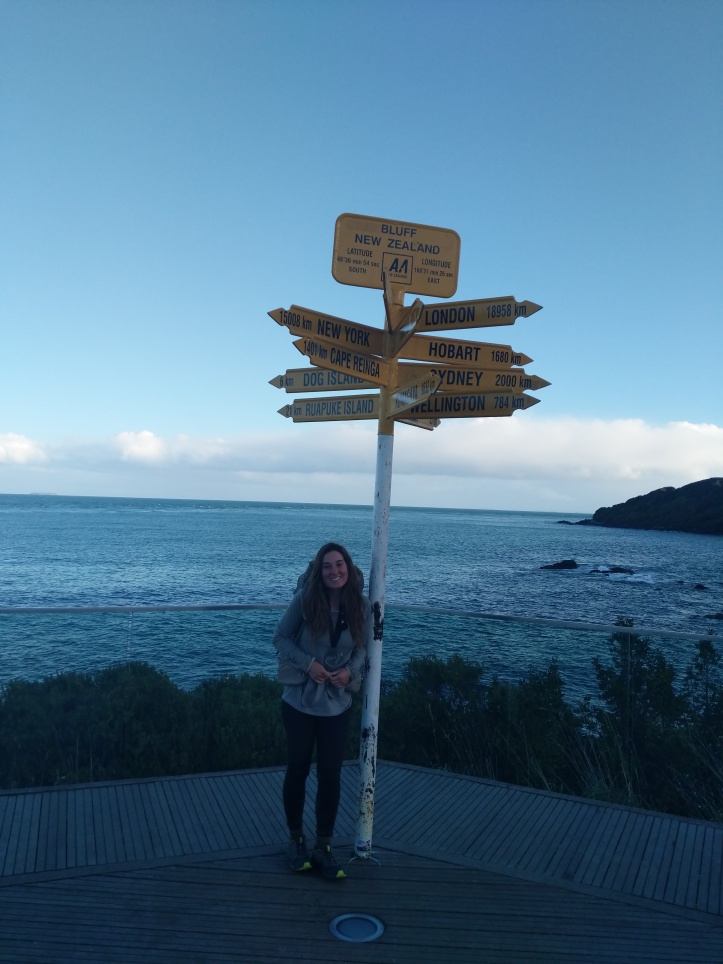 Even though it was still early in the afternoon we didn’t make it much longer before curling up in bed and passing out. We didn’t quite sleep straight through to the morning but didn’t move much until the morning. Four months and five days since we started, 115 days walking and 12 days of rest, through sun, cyclones, wind, hail, and snow, we’re done.